Israel Judo Federation chairman Moshe Ponte claimed he was forced to accept the request made by the organizers due to security concerns. 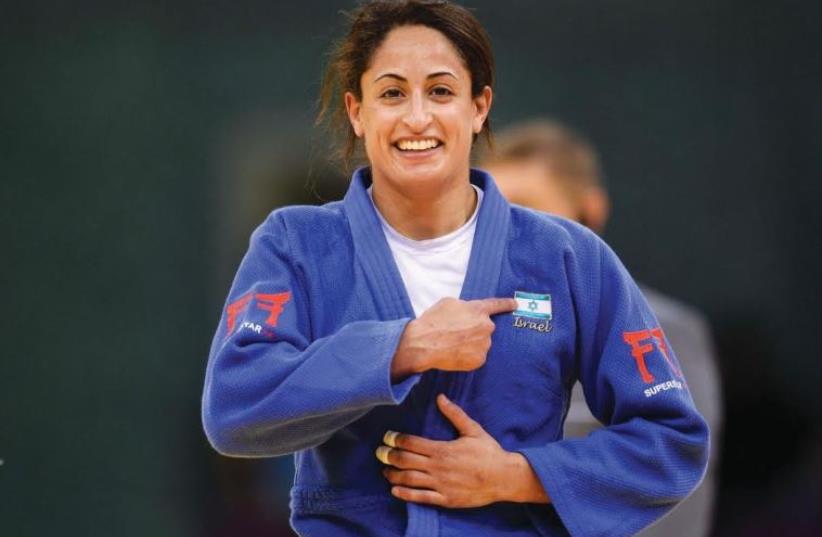 Israeli judoko Yarden Gerbi
(photo credit: OLYMPIC COMMITTEE OF ISRAEL)
Advertisement
Israel’s delegation to the Judo Grand Slam in Abu Dhabi of the United Arab Emirates returned home on Monday and deflected the criticism regarding the decision to compete in the event even though the athletes weren’t allowed to do so under the Israel flag.Israel’s judokas didn’t have the Israel flag on their judo uniform as they do in every other event across the world and instead of having ISR (Israel) by their names on the scoreboard and on their backs, they took part in the contest as representatives of the IJF (International Judo Federation).Israel Judo Federation chairman Moshe Ponte claimed he was forced to accept the request made by the organizers due to security concerns and insisted he would act in the same manner should he be put in a similar situation again.“We left for Abu Dhabi with many question marks and doubts and we return with a lot of hope,” Ponte said upon the delegation’s return on Monday. “We really benefited from our time in Abu Dhabi. We represent Israel across the world and bring Israel a lot of honor. I just received a call from the Sports Minister and she said she supports everything I did.”Minister of Culture and Sport Miri Regev said on Sunday that she will call an emergency meeting with the heads of local sports associations to discuss the issue and has asked Prime Minister Benjamin Netanyahu to help her in the fight to avoid similar incidents in the future.“After many deliberations I decided that the athletes should compete in the event despite this restriction and I take full responsibility for that,” said Ponte. “My job as chairman is to enable the athletes to compete. I would have acted in the same fashion again had I been required to. I hope that next year we will compete there under the Israel flag.”Judoka Yarden Gerbi, who won a bronze medal in the women’s under-63 kilogram competition in Abu Dhabi, rallied behind Ponte.“I think he took the bravest decision possible,” said Gerbi. “I’ve been wanting to compete there for six years and every time they came up with a different excuse. I don’t think about politics because that is none of my business. I will always represent Israel and it doesn’t matter to me if they hide the flag. I’m really happy we competed there and that I won a medal. I was annoyed with what happened there and I’m happy I channeled it in the right direction.”