“I am so excited to have an opportunity to represent Israel in Europe with my fellow teammates,” Alex Swieca says. 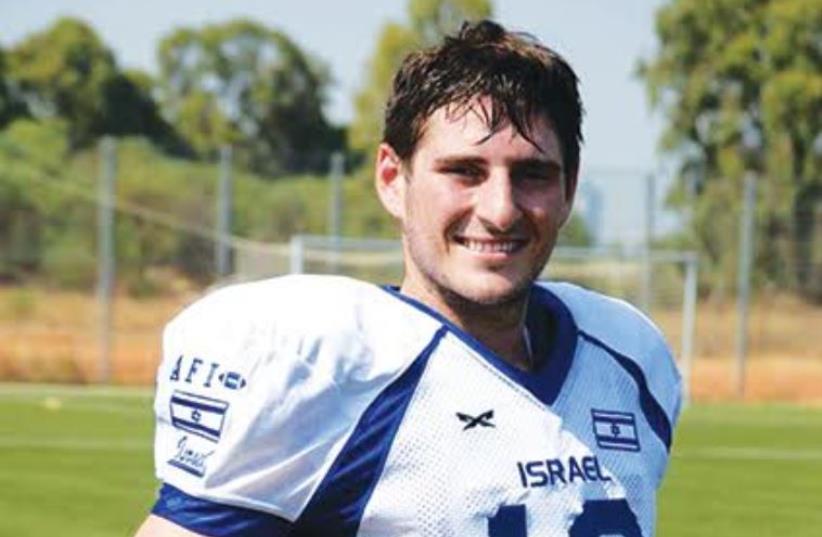 Alex Swieca
(photo credit: Courtesy)
Advertisement
The Israeli national tackle football team with play its first international competitive game when it faces Spain next week in Madrid.As a new entry, Israel can earn its way into Group B in the European section of the International Federation of American Football with a victory over Spain.The game will kickoff on Sunday at noon at Madrid’s Ciudad Deportiva Prado Stadium.Forty players and 14 coaches and support staff will make the trip to Spain following nine months of intensive training.Yonah Mishaan is the coach of the Israeli National team which is made up of the best players in the Israeli nine-team Kraft Family IFL.After years of coaching the Women’s National flag football team and Big Blue in the Kraft Family IFL, Mishaan is optimistic about the team’s chances.“We’ve watched whatever video is available on the Spanish team. They have been playing internationally for a number of years, but we are as big and strong as they are and I believe we have players on a high enough level, and it will come down to heart,” said Mishaan.If Team Israel manages to beat Spain, it will qualify to play next year against six other countries that make the cut.Israel would then play a series of home and away games, with the group leader advancing to Europe’s Group A, which includes the strongest teams in the continent.AFI President Steve Leibowitz said that “we are just in our infancy in competitive tackle football. Our league has only been in existence for eight years and we have a long way to go but are experienced enough to begin that journey.”In June, Israeli football sponsor and the NFL’s New England Patriots owner Robert Kraft viewed an Israeli team practice and addressed the players.“Do your jobs and the success will come,” noted Kraft, whose Patriots in January won their fourth Super Bowl in his tenure.“Some day I hope to welcome the first Israeli player in the NFL.”Sponsors of the Israeli team include Minnesota Vikings owner Mark Wilf, and New York hedge-fund businessman Henry Swieca.Security for the team, which is traveling to Europe as an official state delegation, will be provided by the Shin Bet security service.Key players on the team include three-time IFL MVP Dani Eastman from the Judean Rebels who will play at free safety, outside linebacker and return punts and kickoffs.Other defensive standouts are the Tel Aviv Pioneers Asaf Katz at middle linebacker, and Beersheba lineman Sandro Kalandadze.Yuval Fenta, the MVP of the Kraft Family High School IFL, is the top running back.Two talented quarterbacks with share the throwing duties.Matt Kaufman from the Haifa Underdogs and recent arrival Alex Swieca who spent the last three seasons with the University of Michigan Wolverines have several talented receivers led by the Pioneers’ Jonathan Curran.Swieca played in the Israel Football League while attending the Young Judea year course in 2011-12. The quarterback for the Rebels that year, he was voted the league’s MVP. Because he had not played football at Michigan during his freshman year (as he was on Young Judea), he was entitled to play in Michigan for one more year.He decided instead that he wanted to come to Israel and return to where football had started for him personally, here in the Holy Land.“I am so excited to have an opportunity to represent Israel in Europe with my fellow teammates” said Swieca, “But I am also hoping to spend time this year promoting American Football throughout Israel and getting even more Israelis excited about the sport.”The offensive line is anchored by the Rebels Yaniv Kovalski, and professional soccer goalie Gal Mesika, formerly of Maccabi Netanya, provides the team a strong kicking game.Sunday’s game will be streamed live over the Internet and can been seen by visiting http://tinyurl.com/ Israel-Spain-live.