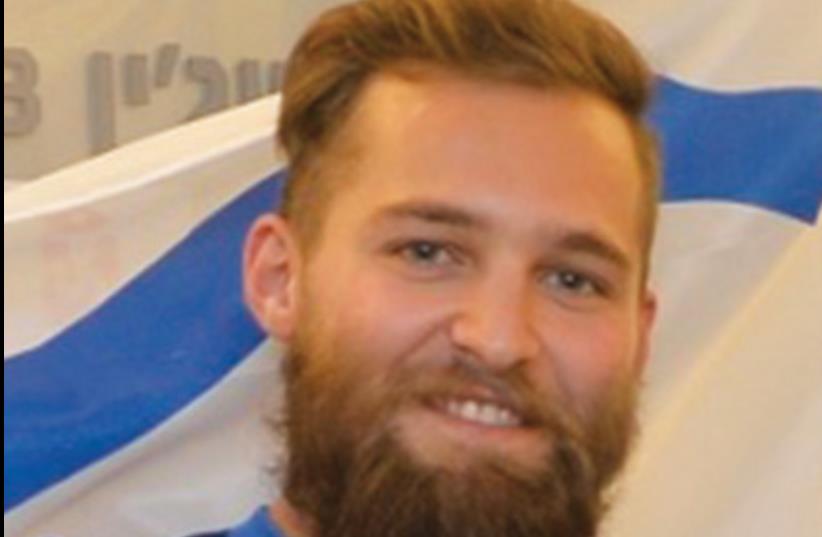 Alex Shatilov
(photo credit: OLYMPIC COMMITTEE OF ISRAEL)
Advertisement
Israel’s top gymnast Alex Shatilov will begin his participation at the European Games on Sunday afternoon after admitting he was overcome with emotion when carrying the Israel flag at Friday’s opening ceremony in Baku, Azerbaijan.Shatilov will compete in the pommel horse, still rings and floor exercise in the first half of his qualifying campaign on Sunday before performing in the vault, parallel bars and high bar on Monday.“This is the first time this year that I’m taking part in an all-around competition in a big event and I’m doing so to prepare for October’s World Championships in Glasgow,” said Shatilov, who was extremely excited at being Israel’s flag bearer on Friday. “I was euphoric. As soon as they said the word Israel and I entered the stadium I felt that the entire world was looking at me. I didn’t know what to expect and I felt elated.”Shatilov’s first goal in Baku will be to advance to the individual finals in his specialties, the floor exercise and high bar. Unlike other major competitions, only the top six and not eight will progress to the individual finals, while just the top 18 rather than 24 will qualify for the all around final.Israel’s representatives already began their participation in the Games on Friday, with Shlomi Haimy recording the most notable result of the weekend on Saturday after finishing the mountain bike cross-country cycling competition in 18th place out of 43 in a time of 1:49.18 hours.Friday’s dazzling opening ceremony was headlined by pop star Lady Gaga who sang John Lennon’s ‘Imagine’ sitting at a flower- covered piano.The American six-time Grammy Award winner was a surprise addition to the ceremony, aimed at setting the stage for 16 days of competition in the continent’s first multisports event which Azerbaijan hopes will put it firmly on the global sports map.In a two-hour curtain-raiser produced by Dimitris Papaioannou, who was in charge of the Athens 2004 Olympics ceremonies, the history of the nation on the shores of the Caspian sea unfurled in a kaleidoscope of colors and sounds.“This is the proudest moment in the history of the European Olympic Committees,” EOC President Patrick Hickey, whose organisation awarded the Games to Baku in 2012, said in a brief speech.“We are creating a landmark moment in European sport. Tonight we add the missing fifth ring to the continental Games of the world.”The 6,000 athletes entered the stadium with Azeri President Ilham Aliyev watching from the stands, along with Russian President Vladimir Putin, sitting next to International Olympic Committee President Thomas Bach, and 35 other heads of state.Reuters contributed to this report