The Israel team finished with a score 34.767 points to beat out Belarus and Japan for the gold medal. 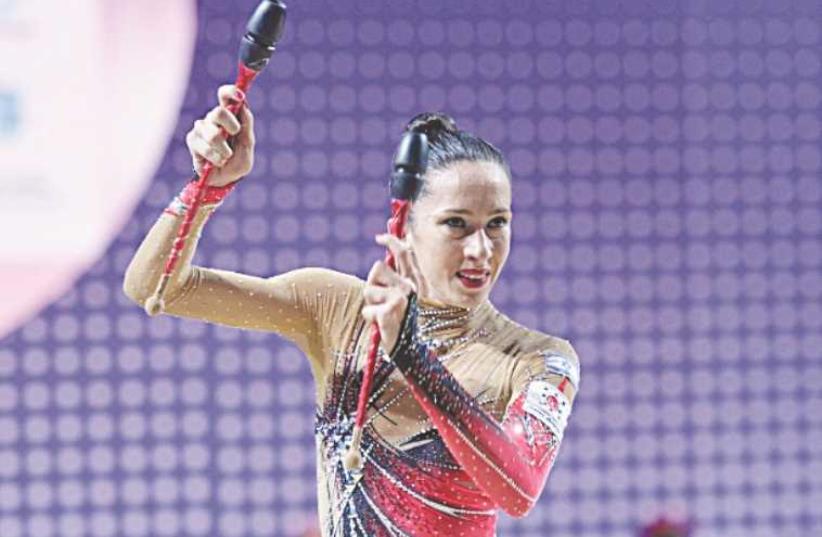 Israeli gymnast Neta Rivkin
(photo credit: AMIT SHISEL)
Advertisement
Israel’s national rhythmic gymnastics team won the gold medal at the Grand Prix series event in Holon on Saturday, while Neta Rivkin claimed two bronze medals in the individual competitions.The Grand Prix was held for the first time in the city’s newly built arena, which will also host the Rhythmic Gymnastics European Championships next year. Over 300 gymnasts from 28 countries took part in the different competitions in Holon. The Israel team finished with a score 34.767 points to beat out Belarus and Japan for the gold medal. The strong Russian team was forced to pull out on Friday due to an injury. Rivkin took a bronze medal in the ball (18.433) and hoop (18.283) finals on Saturday, while ending the all-around competition in fourth place. “The competition was of a very high level and I’m happy that I managed to win a medal in front of my home fans,” said Rivkin