Jerusalem gets semis off to a winning start

Hapoel Jerusalem took a 1-0 lead in the BSL semifinals on Thursday night, defeating a dogged Maccabi Rishon Lezion 81-73 at the Jerusalem Arena. 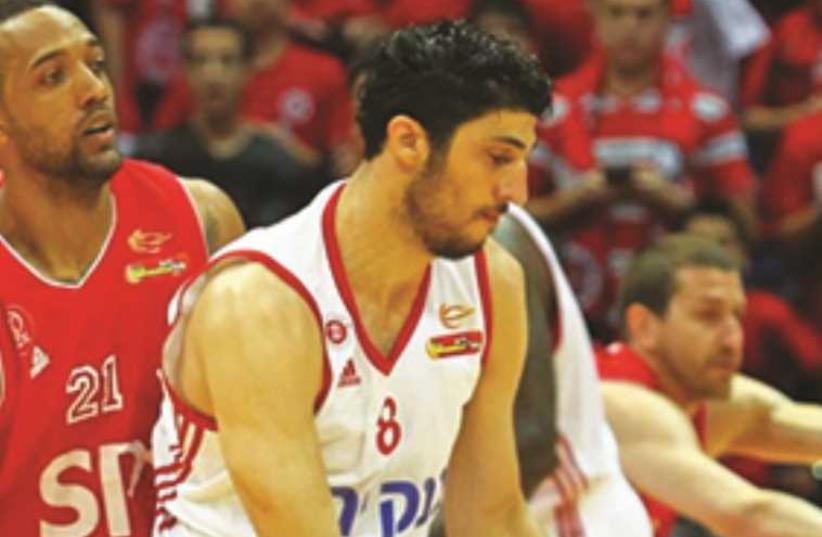 Hapoel Jerusalem forward Lior Eliyahu
(photo credit: LIRON MOLDOVAN/BSL)
Advertisement
Hapoel Jerusalem took a 1-0 lead in the BSL semifinals on Thursday night, defeating a dogged Maccabi Rishon Lezion 81-73 at the Jerusalem Arena.Rishon, the No. 6 seed in the playoffs, surprised Hapoel Holon (3) in the quarterfinals and seemed capable of beating Jerusalem on the road on Thursday.However, Hapoel opened a small lead in the first quarter and ultimately maintained it until the final buzzer, pulling ahead in the fourth period to clinch the win.Lior Eliyahu and Dion Thompson had 15 points each for Jerusalem, with Bracey Wright and Donta Smith both scoring 14 points.“We executed and fought hard and got stops when we needed to,” said Smith. “We need to come out in Game 2 the same we did tonight and we will be alright.”Dominique Johnson had 24 points for Rishon, which hosts Game 2 on Monday.“Each time we opened a double- digit gap we allowed them back into the game,” said Jerusalem coach Danny Franco. “I’m happy we won today, but there is a lot we need to improve on ahead of the second game.”A 10-0 run, capped by five straight Yotam Halperin points, gave Jerusalem an early double- digit gap (20-10). But Rishon always remained within striking distance, cutting the margin to three points (42-39) after scoring the final seven points of the first half.Rishon couldn’t complete the comeback though, with Eliyahu’s basket opening a record 14-point cushion (70-56) three minutes into the final frame which the visitors never threatened to erase.Elsewhere, Maccabi Tel Aviv’s star forward Devin Smith will miss at least Games 2 and 3 of the semifinal series against Hapoel Eilat after being ruled out for 10 days on Thursday due to a thigh injury.Maccabi, which leads the bestof- five series 1-0, visits Eilat on Sunday before hosting Game 3 on Wednesday.With Game 1 of the homeand- away BSL final just 10 days away should both Maccabi and Jerusalem complete sweeps, Tel Aviv will need Smith to recover as soon as possible, especially with Guy Pnini and Sylven Landesberg already out for the season