Maccabi Tel Aviv is currently the only Israeli club guaranteed a place in the Euroleague regular season as one of 11 teams with an A license. 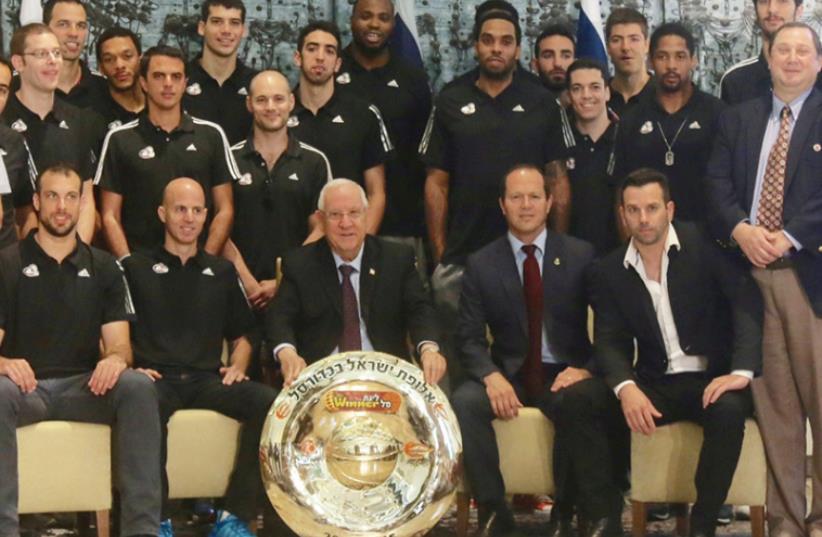 Hapoel jerusalem
(photo credit: MARC ISRAEL SELLEM/THE JERUSALEM POST)
Advertisement
New BSL champion Hapoel Jerusalem should find out on Monday if it will play in the Euroleague next season, with the chiefs of continental basketball’s most prestigious club competition set to determine which teams will receive a wild card to the regular season in 2015/16.Maccabi Tel Aviv is currently the only Israeli club guaranteed a place in the Euroleague regular season as one of 11 teams with an A license.Since the takeover of Hapoel Jerusalem by the ownership group led by Ori Allon two years ago, and in particular after moving to its new arena this season, the club has been in talks with the Euroleague with the hope of one day becoming a permanent member. Hapoel was handed a wild-card entry into the qualifiers for 2014/15, but it failed to progress.Nevertheless, Jerusalem has its sights set on receiving one of the five new wild-card entries for the 2015/16 regular season rather than settling for a place in the Eurocup once more.Apart from the 11 A license clubs, eight B licenses are awarded directly through domestic league qualification to teams from the Adriatic League (2), France, Germany, Italy, Poland, Russia and Spain.Five temporary one-year B licenses will be assigned as wild cards, with the Euroleague announcing that priority will be given to suitable clubs in France, Germany, Turkey and the United Kingdom due to their status as strategic markets for the competition.New Turkish champion Karsiyaka, Darussafaka of Turkey, Lokomotiv Kuban of Russia, German clubs Bayern Munich and Alba Berlin and Strasbourg of France look to be Jerusalem’s main rivals for a wild-card berth.In an interview with The Jerusalem Post last week, Allon insisted Hapoel is ready to be part of the Euroleague.“I think we deserve to play in the Euroleague in every aspect if we win the championship,” he said. “We have a Euroleague-level arena, we have more season ticket holders than the average Euroleague team and we have the budget of a Euroleague team.And if we win the championship we will have the credentials as well.”In the meantime, the Jerusalem roster and staff spent Sunday celebrating the club’s first championship. President Reuven Rivlin honored the team at his home, congratulating the players on their success while receiving a signed team shirt.“You caused an earthquake in Israeli sport,” Rivlin told the players.“As a Jerusalemite I congratulate you from the bottom of my heart. You have brought the city a lot of honor.”The roster and staff were then welcomed by Jerusalem Mayor Nir Barkat at City Hall before ending the day with a party with the fans at the Jerusalem Arena.