Maccabi enters the showdown with Kazan with a 2-0 record in Last 32 Group M after claiming a tight 87-83 win at BC Nizhny Novgorod in freezing Russia last week. 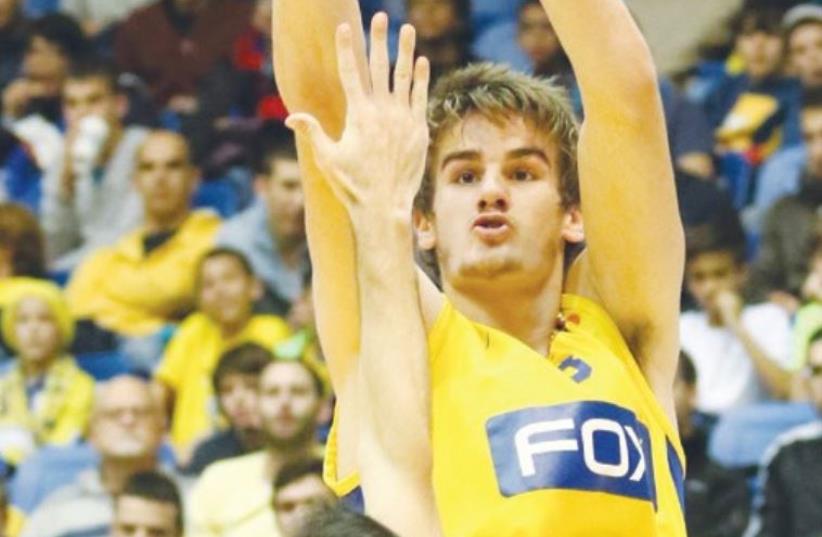 Maccabi Tel Aviv forward Dragan Bender
(photo credit: DANNY MARON)
Advertisement
Maccabi Tel Aviv can all but clinch its place in the Eurocup round of 16 with a win over Unics Kazan at Yad Eliyahu Arena on Wednesday night, while Hapoel Jerusalem will be staring elimination in the face should it lose to Strasbourg.Maccabi enters the showdown with Kazan with a 2-0 record in Last 32 Group M after claiming a tight 87-83 win at BC Nizhny Novgorod in freezing Russia last week.However, it continues to struggle in local action, dropping to a 96-86 defeat at Maccabi Ashdod on Sunday, its second straight loss in the BSL.Those setbacks sandwiched a dramatic yellow-and-blue comeback in the State Cup quarterfinals, with Maccabi erasing a 14-point fourth quarter deficit to overcome Maccabi Haifa.Matters have surprisingly been far more straightforward in the Eurocup, with Zan Tabak’s team building on the opening win over Olimpija Ljubljana with a victory in Russia.Maccabi will still be without new signing Gal Mekel on Wednesday, with the Israel guard still awaiting his release from previous club Red Star Belgrade and anyway not eligible to play in the Eurocup until the second half of the Last 32.However, the team will welcome back star forward Devin Smith, who missed the game in Ashdod, and will be aiming to remain the only undefeated side in the group when it hosts Kazan, which is also at 2-0.“Maccabi is a well-balanced team which plays active basketball,” said Kazan coach Evgeny Pashutin, who has a clear game-plan for Wednesday.“They have ardent support of their fans, playing at home, and therefore, we shall be cold blooded and smart. We shall play defensively and be consistent to stop their fastbreaks, and control the game’s rhythm.“To be competitive in the game, we need to keep an eye on their go-to guys, Rochestie and Smith, take special care of their centers Onuaku and Mbakwe and do not allow free shots for Landesberg and others.Our defense shall be active and secure, and offensively we shall move the ball fast and look for the weak side of our opponents.”Jerusalem dropped to 0-2 in Group H following a 75-64 home loss to Gran Canaria of Spain last week and will have little hope of progressing should it fall to a third straight loss when it visits Strasbourg, which is at 2-0 after being handed a place in the Eurocup following its Euroleague exit.Hapoel flew to France with a full roster, with Tony Gaffney and Josh Duncan set to shake off injuries and be available for the game.“What Strasbourg has done until now and what we have done until now isn’t that relevant,” said Jerusalem coach Danny Franco. “There is no doubt that they are the favorites, but we don’t view ourselves as an underdog against any team.”