Maccabi Tel Aviv remains confident as ever ahead of the second leg of the Champions League second qualifying round. 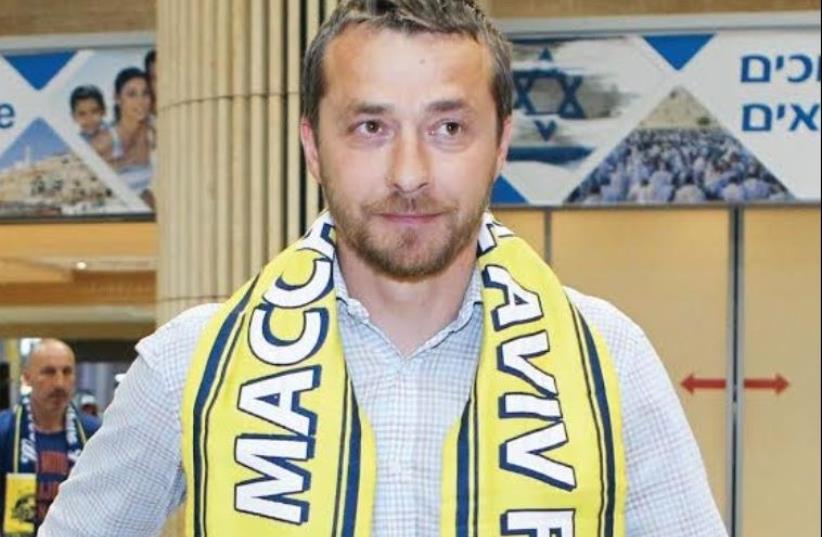 Maccabi Tel Aviv coach Slavisa Jokanovic
(photo credit: ADI AVISHAI)
Advertisement
Despite last week’s humbling defeat in Malta to Hibernians, the confidence level at Maccabi Tel Aviv remains as high as ever ahead of the second leg of the Champions League second qualifying round at Bloomfield Stadium on Tuesday night.Maccabi’s European campaign is in danger of ending in shock fashion after the three-time defending Israeli champion suffered an embarrassing 2-1 defeat last week to Hibernians, a team which hadn’t won a match in continental competition since 2002.The yellow-and-blue conceded two soft goals in the second half in Malta, canceling out Nosa Igiebor’s 22nd-minute opener. Maccabi nevertheless enters Tuesday’s second leg as a firm favorite to overturn the deficit and advance to the third qualifying round, especially as star midfielder and captain Eran Zahavi will be making a return to the starting lineup after missing the first leg.“The second leg at Bloomfield will be totally different as we will have our supporters behind us and that is something we have all been waiting for, a chance to play a European match at home once again,” said Zahavi, with Maccabi having to host its continental games in Cyprus last year due to Operation Protective Edge.“I believe that we will display our best form and that we will be holding another press conference ahead of a European tie next week, which will be slightly more difficult than this one.”Should Maccabi overcome Hibernians, it will face Czech champion Viktoria Plzen in the third qualifying round, with the first leg to take place in Tel Aviv next Tuesday or Wednesday.Maccabi is dreaming of reaching the group stage for the second time in club history and the first since the 2004/05 season.Its progress to the third qualifying round is doubly significant due to the fact that it will also secure the team a berth in the Europa League playoffs in case of a defeat to Plzen.“We have to improve ourselves 100 percent,” said Maccabi coach Slavisa Jokanovic. “We will press Hibernians right from the start of the game.I respect all of our opponents and especially Hibernians. As I said after the match last week they deserved to win the game, but now it is time to redeem ourselves.This is the most important game for us this season and next week may be even more important, but we have to take care of business first before we look ahead into the future.”After criticizing the club’s lack of activity in the transfer market last week, Jokanovic refused to discuss the matter on Monday, with the Serbian insisting he is only focused on the second leg against Hibernians.Maccabi has so far only signed one new player, bringing back defender Tal Ben-Haim after 11 years in Europe, but is actively looking to strengthen its squad, with Israel international Moanes Dabour among those being mentioned in connection with a move to the yellow-and-blue.“Last week we had a very poor match, both tactically and technically things didn’t work,” said Jokanovic. “This was not Maccabi’s level of play and it’s now our chance to fix what went wrong in Malta.”With reports surfacing that Jokanovic may even be sacked should Maccabi fail to advance, Zahavi called the calm.“Last match in Malta was not a good game from many different aspects and we have to look forward to the upcoming match and continue to advance in Europe,” he said. “We haven’t even played the match yet, so everyone from the players to the media to the supporters needs to relax.”Despite the team’s quiet transfer window, Zahavi believes Maccabi’s squad is good enough to reach the group stage, not to mention beat Hibernians.“It was very important to keep our squad together for this year.In fact that is one of the biggest things we have as we are the best team in Israel,” said Zahavi.“We didn’t bring any new players because the club didn’t feel that there were any better players available than what we already had. If a player comes to the team and can be a huge help, that’s great, but that’s Jordi Cruyff’s role.“Everyone likes to talk about last season, but we have to put the past aside,” he added. “We have to look forward to the next game because every day in football is a new day. This is our chance to play in Europe and we have to grab this opportunity and achieve our goal.”