“We are proud and excited to play against Maccabi Tel Aviv for the first time in our history,” says Sacchetti. 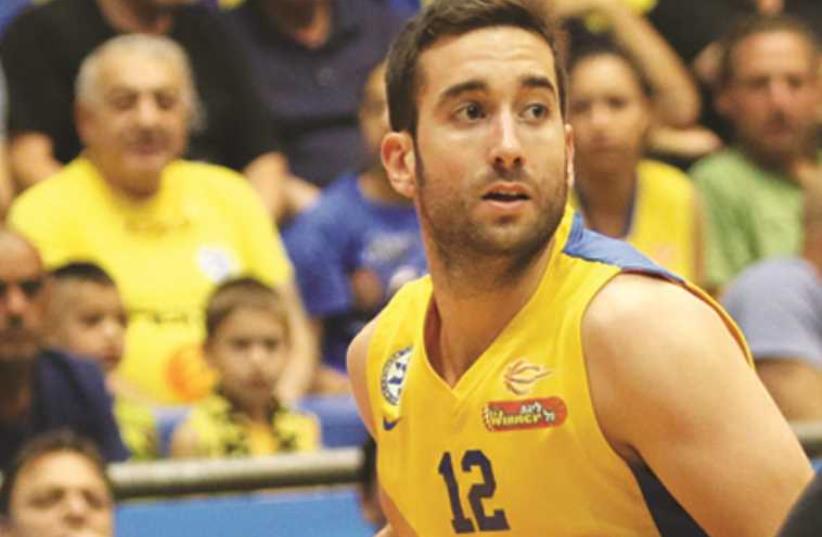 Maccabi Tel Aviv’s Yogev Ohayon
(photo credit: ADI AVISHAI)
Advertisement
Coming off two straight losses to straight its Euroleague campaign, and a defeat to Hapoel Jerusalem on Sunday night in the BSL, Maccabi Tel Aviv hosts another team in search of its first continental win on Thursday night, in Sardinian side Dinamo Sassari.Although the clubs are facing each other for the first time ever, three Sassari players – MarQuez Haynes, David Logan and Joe Alexander – have played for Maccabi in the past.Haynes is one of the three options coach Romeo Sacchetti has at point guard, along with Rok Stipcevic and Lollo D’Ercole.Either way, the Sardinians will not have it easy against Maccabi’s Taylor Rochestie and Yogev Ohayon, two high-scoring guards.Meanwhile, Logan faces a pivotal matchup against Tel Aviv star Jordan Farmar, with Maccabi trying to overturn a tough start to the Euroleague, with losses at CSKA Moscow and at home to Unicaja Malaga.With Brian Randle still out for the yellow-and-blue, Arinze Onuaku, Trevor Mbakwe and Dragan Bender should still see extended playing time around the baskets against Alexander, Jarvis Varnado and Brent Petway.Sassari needs to find the way to slow down Jerusalem forward Devin Smith and can rely on the experienced and athletic Christian Eyenga to do so.The visitors will try to lock down the defensive boards and run the floor, while Maccabi must get Rochestie and Farmar involved to secure a much-needed win.Rochestie – the 2015 Ford Trophy winner after leading the Euroleague in scoring with 18.9 points per game – has scored in double figures in each of his last 23 Euroleague games and Maccabi is relying on his offensive touch.Sassari coach Sacchetti noted the prestige in the playing the long-time Israeli powerhouse.“We are proud and excited to play against Maccabi Tel Aviv for the first time in our history,” said Sacchetti. “We have to be focused on basketball and this game; we’ll try to do our best for 40 minutes. I think the key of the match will be intensity, aggressiveness and tough defense.”If one thing is certain with two hungry teams clawing for a much-needed victory, it is that fans can expect plenty of intensity on Thursday night at Tel Aviv’s Menora Mivtachim Arena.On TV: Euroleague basketball: Maccabi Tel Aviv vs Dinamo Sassari (live on Channel 10 at 9:05 p.m.)