Macabbi TA, Jerusalem rivalry continues to heat up off the court

Hours after agreeing personal terms with Dagan Yivzori, Jerusalem was stunned to discover that the Israeli sharp-shooter had signed a contract with Maccabi on Thursday. 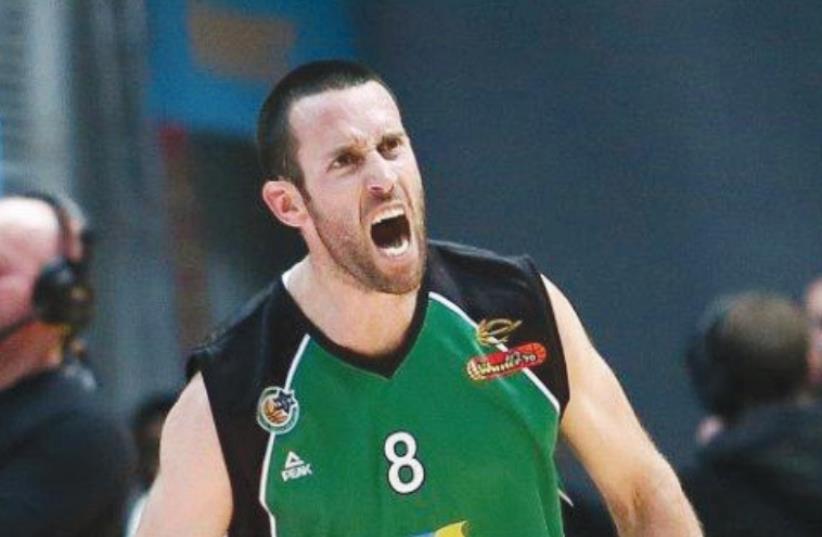 Dagan Yavzori
(photo credit: ODED KARNI)
Advertisement
The arms race between Maccabi Tel Aviv and Hapoel Jerusalem continues to intensify with every passing week and is set to reach a new high with the bidding war for the services of Gal Mekel.Hours after agreeing personal terms with Dagan Yivzori in a meeting on Wednesday night, Jerusalem was stunned to discover that the Israeli sharp-shooter had signed a contract with Maccabi on Thursday, with the yellow-and-blue handing him a three year deal paying around 30 percent more per season than Hapoel’s two-year offer.The 29-year-old, who averaged 12.2 points, 3.8 assists and 3.0 rebounds for Maccabi Haifa last season, will be no more than a role player in Tel Aviv, but as one of the top Israeli free agents this summer he fully benefited from the intense rivalry between the local powerhouses.Since purchasing the club two years ago, Jerusalem owner Ori Allon has promised to turn Hapoel into a team that will not only compete with Maccabi, but will also better it both on and off the court.Allon vowed to bring in the best Israeli players available and Jerusalem claimed a first league championship in club history last month.However, after being knocked out in the BSL semifinals for the first time since 1993, Maccabi has wasted little time in rebuilding its roster and had no intention of allowing Yivzuri to join Jerusalem.Mekel, who would be a far more significant recruit for both teams, is currently training in Florida with the aim of landing a new NBA deal this summer. Nevertheless, both Maccabi and Hapoel are continuing to try and persuade him to return home.After Jerusalem was refused a place in the Euroleague last week, Maccabi became a firm favorite to land Mekel, but Hapoel upped its bid for the guard following the loss of Yivzori.“This season we want to bring in the best Israeli players and Dagan certainly belongs in that group,” said Maccabi coach Guy Goodes. “Our goal is to be the best team possible so that we can challenge in every competition. Dagan will give us an excellent shooter from three and a lot of character.”“It is a great honor to join Maccabi Tel Aviv, the number one club in Israel,” added Yivzori, who will celebrate his 30th birthday later this year. “I can’t wait for the first game.”Maccabi also extended the contract of Israeli guard Yogev Ohayon for three seasons.“Maccabi is my home and this is where I belong,” Ohayon said. “We are building a very strong team and are committed to bringing the championship back home.”Maccabi has also signed American forward/ center Trevor Mbakwe, who helped Bamberg to the German championship last season.Mbakwe and Yivzuri join Taylor Rochestie, who signed last month, and Ohayon, Devin Smith, Sylven Landesberg and Guy Pnini, who will all continue for another campaign.Maccabi surprisingly chose not to extend the contract of forward Brian Randle last week and the only other player who might be back is center Alex Tyus, although he also seems likely to leave for a lucrative contract abroad.Mac TA, J’lem rivalry continues to heat up off the court Sharp shoot er Dagan Yavzori found himself in the middle of the arms race between Maccabi Tel Aviv and Hapoel Jerusalem before ultimately deciding to join the yellow-and-blue. (Oded Karni