Edelstein joins the club after arguably its worst ever season. 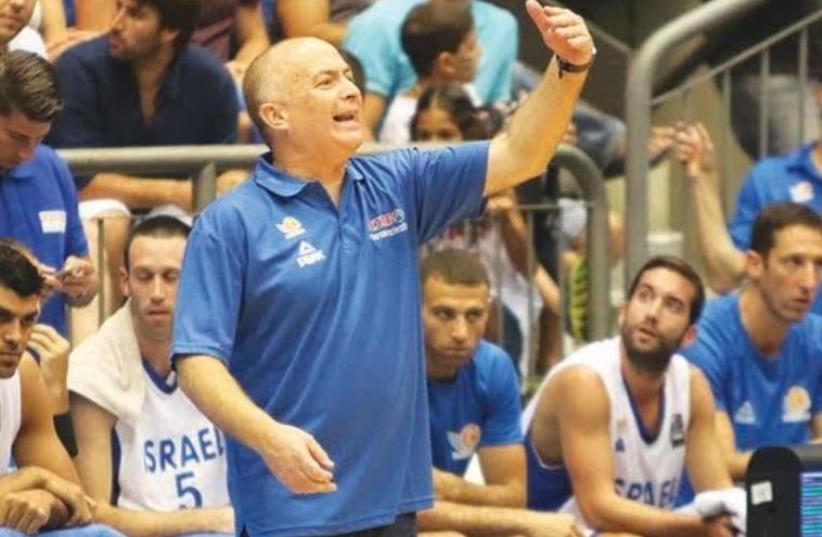 Israel national team coach Erez Edelstein
(photo credit: ADI AVISHAI)
Advertisement
Erez Edelstein was named as the new head coach of Maccabi Tel Aviv on Thursday, accepting the position he turned down last November.Edelstein joins the club after arguably its worst ever season.He was already offered to take charge following Guy Goodes’s sacking seven months ago, but turned down the opportunity as he didn’t want to take charge mid-season and had little faith in the team’s roster at the time.He clearly made the right decision in hindsight, with Croatian Zan Tabak, who ultimately replaced Goodes, being told on Wednesday that his contract will not be extended after Maccabi was knocked out in the BSL semifinals for a second straight season, losing to Maccabi Rishon Lezion in the Final Four.For the first time in 50 years, Maccabi has gone consecutive seasons without a league title after also being sent packing from the Euroleague in the regular season earlier in the campaign and falling at the first hurdle in the Eurocup.“I’m excited to be joining Maccabi Tel Aviv and I’m committed to the success of this illustrious club,” said Edelstein, who will remain in his role as Israel national team coach.“It is a huge honor for me to be joining the list of great coaches who have led Maccabi to unforgettable achievements both on the national and international stage. I have received a huge amount of support over the past day as well as amazing reactions and I’m excited and ready for the mission.”The 54-year-old Edelstein began his head coaching career at Hapoel Gvat in 1992/93 and went on to serve as an assistant coach to former Maccabi coach Pini Gershon at Hapoel Jerusalem.He guided Bnei Herzliya, Hapoel Galil Elyon, Maccabi Ramat Gan, Hapoel Jerusalem and Hapoel Tel Aviv, while also working as Gershon’s assistant at Greek powerhouse Olympiacos in 2007/08. Edelstein returned to Hapoel Tel Aviv in 2011, guiding it until 2014 when he was named as Israel coach.Edelstein will have little input on Maccabi’s roster for next season, with the squad already all but complete.American guard D.J. Seeley, who played for Gran Canaria in Spain this season, became the latest to agree personal terms earlier this week. He joined American forward Quincy Miller and German center Maik Zirbes, who both played for Red Star Belgrade this season, as well as Sonny Weems, who was released by the Philadelphia 76ers in March.They will join Gal Mekel, Yogev Ohayon, Sylven Landesberg, Guy Pnini and Itay Segev, who look certain to continue for another campaign.Devin Smith, Trevor Mbakwe, Richard Hendrix and Dagan Yivzori are also all under contract for 2016/17, but their fate remains unclear.“We are proud to be embarking on a new course,” said Maccabi chairman Shimon Mizrahi.“We are placing the team in loyal and professional hands and we are convinced that Erez will lead us to the highs we are accustomed to.”