The group will travel throughout the country, including in Jerusalem and Tel Aviv, and on Sunday will attend a clinic with 400 children in Ramle sponsored by Bank Hapoalim. 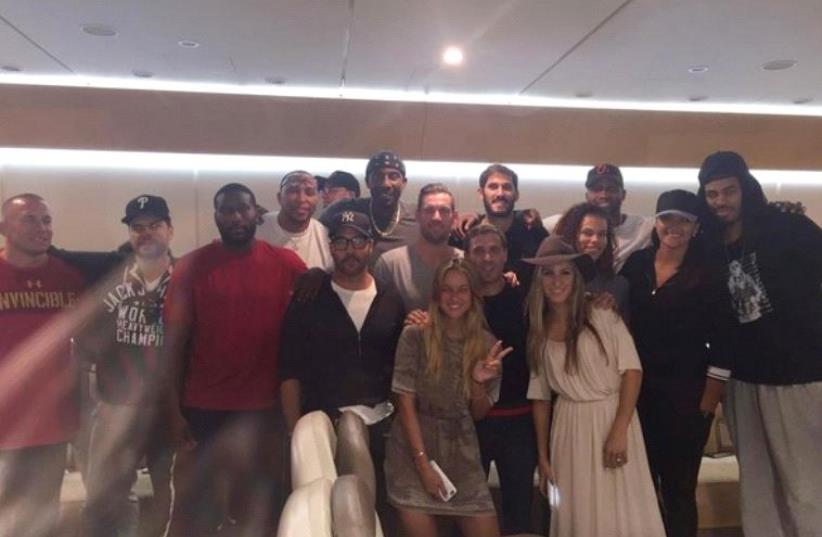 Omri Casspi’s entourage in Israel
(photo credit: INSTAGRAM)
Advertisement
NBA, WNBA, UFC and Hollywood celebrities arrived in Israel on Thursday for the second annual Omri Casspi Foundation trip to the Holy Land.The initiative, which is also backed by the National Basketball Players Association, is aimed at presenting Israel in a positive light across the world."I'm so excited for the 2nd annual Omri Casspi Foundation trip to Israel," Casspi wrote on his Instagram page. "Our group this year includes celebrities from different platforms - NBA, WNBA, UFC, Hollywood, so we can reach the most diverse populations, and show to the world - how beautiful our Israel really is."


Among those who traveled by private jet to Israel were actor Jeremy Piven from HBO’s Entourage fame, NBA players past and present Amare Stoudemire, Shawn Marion, Beno Udrih, Rudy Gay, Donald Sloan and Chris Copeland, UFC fighter Georges St-Pierre, WNBA players Alysha Clark and Mistie Bass and poker star Maria Ho.The group will travel throughout the country, including in Jerusalem and Tel Aviv, and on Sunday will attend a clinic with 400 children in Ramle sponsored by Bank Hapoalim.Stoudemire, who signed a two-year contract to play for Hapoel Jerusalem earlier in the week, will also utilize the visit for house searching in Jerusalem and looking into schools for his children ahead of his move to Israel later this month.