Could the Munich Massacre have been prevented?

The head of the Israel delegation to the Munich Olympics warned German authorities of security flaws prior to the games.

A member of the Palestinian terrorist group Black September appears on the balcony of the Israeli house at the Munich Olympic village on September 5, 1972
(photo credit: AFP PHOTO)
Advertisement
Shmuel Lalkin will never forget September 5, 1972.As the head of the Israel delegation to the Munich Olympics, he was 10 meters away from Apartment 1 at Connollystrasse 31 when eight tracksuit- clad members of the Black September faction of the Palestine Liberation Organization began a murder spree that ended with the killing of 11 Israeli Olympic team members 44 years ago. 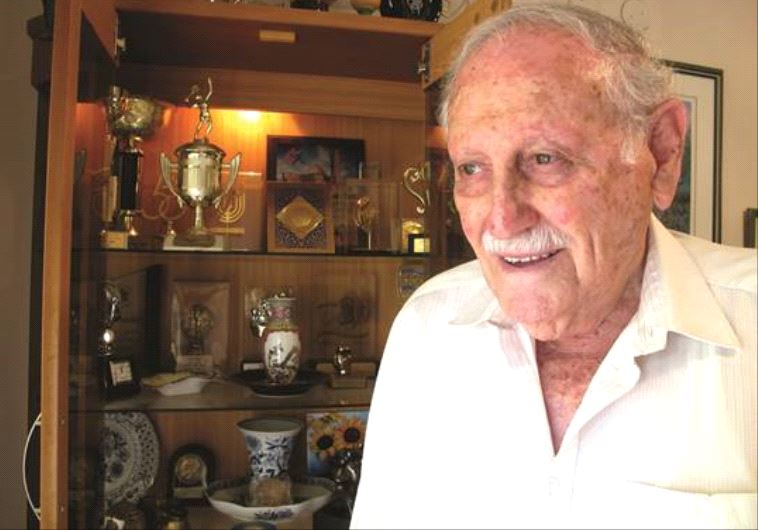 Shmuel Lalkin, head of the Israel delegation to the 1972 Munich Olympics
Lalkin turned 90 earlier this year, but his memories from the tragedy remain vivid.Lalkin, who lives at the Mediterranean Towers retirement home in Kfar Saba, worked in sports his entire life.He served as the CEO of the once powerful Sport Association for 34 years, with one of his roles being to head the delegation at the Munich Games.A few weeks prior to the start of the 1972 Olympics, Lalkin’s son celebrated his bar mitzva and as a gift he asked his father to let him join him in Munich in the hope of meeting his sporting heroes, especially in boxing and weightlifting.Lalkin agreed and took his entire family on a trip to Germany.The night prior to the terrorist attack, Lalkin’s son, Arye, pleaded with his father to take him to meet the Israeli boxers at the Olympic Village.“I refused Arye’s request because he wanted to spend the night in their room and I thought that was unacceptable,” Lalkin said. “My wife actually supported the idea, but in hindsight my refusal to allow my son to spend the night in the room with the boxers saved his life.”Lalkin described what he heard and saw on the morning of September 5.“The following morning I suddenly heard gunshots,” said Lalkin. The terrorists had entered the Olympic Village at 4:30 a.m.“My room was 10 meters from the room in which the boxers were staying. One of the coaches, Moshe Weinberg, whom I had given permission to go see relatives the previous night, had just returned when the terrorists entered. He tried to fight the intruders, but they killed him.“I heard the shots and saw what happened and began making calls to everyone I could think of asking them for help. It was one of the most difficult days of my life,” added Lalkin.A few months prior to the games, a preliminary tour took place in Munich. Lalkin asked to join as the chief of mission, but was told it was not necessary. He nevertheless decided to travel to Germany at his expense.“When I visited in July I saw that the Israeli apartments were on the first floor right next to the street on which cars and buses travel freely,” he said before adding that “right under the building there was a staircase that anyone could enter.”When Lalkin warned about the position of the apartments and requested to move the Israelis to a higher floor he was told by the organizers that “everything had been prearranged” and that they had no intention of changing it.“I warned the heads of the delegation and German authorities that our residence wasn’t secure,” insisted Lalkin.Lalkin, who served in the Palmah, the elite fighting force of the Hagana, played basketball for Hapoel Tel Aviv before turning his focus to the managerial aspect of sport. In 2011, he was honored for his services to Israeli sport with a special award.“The memories from September fifth are not easy to handle. Every year I go to the memorial ceremony at Kiryat Shaul Cemetery and I meet the families,” he said.Lalkin was frustrated at not being invited to Rio last month.“There was finally a nice ceremony honoring the Israeli athletes from Munich organized by the International Olympic Committee,” he noted, a ceremony he believes he deserves some credit for.Nevertheless, he remains upbeat, and even at his age, Lalkin tries to maintain a sporting lifestyle.“I walk every day,” he said.“I love sport. I have always loved sport and that will never change.”