Rivkin advances to the final from ninth place overall on Thursday, while Filanovsky finishes 18th. 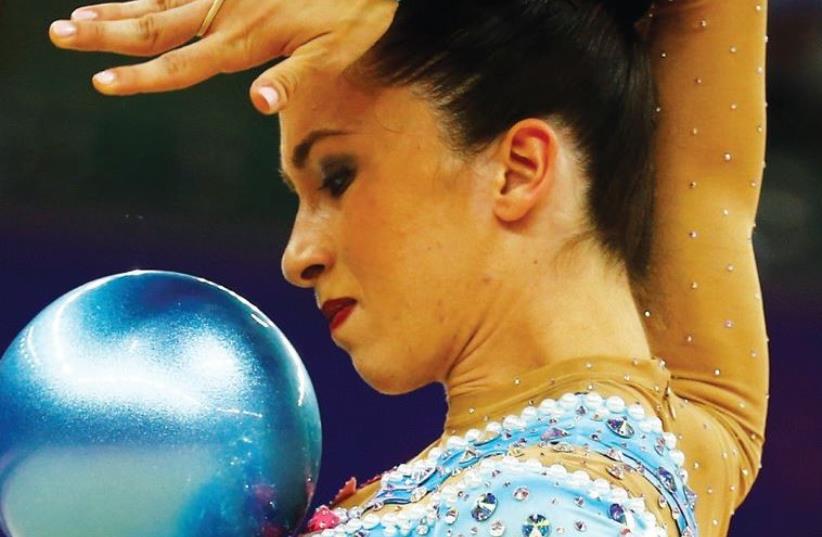 Israel’s Neta Rivkin
(photo credit: REUTERS)
Advertisement
Israel’s Neta Rivkin and Victoria Filanovsky will aim to secure their place at next summer’s Rio Olympics on Friday when they take part in the final of the individual all-around competition at the Rhythmic Gymnastics World Championships in Stuttgart, Germany.Rivkin advanced to the final from ninth place overall on Thursday, while Filanovsky finished 18th. The top 24 from the qualifiers will participate in the final, with the top 15 in the final to book a ticket to Rio.Rivkin, who is targeting her third straight appearance at the Olympics, registered a score of 17.483 in the Clubs on Thursday, after competing in the Ball, Hoop and Ribbon events earlier in the week.Only the three best scores counted towards the overall result, with Rivkin finishing with 53.132.Filanovsky, who is aiming to qualify for her first Olympics, had 51.815 after registering 17.216 in the Clubs on Thursday.Rivkin participated in two individual finals earlier this week, ending the Ball final in sixth and the Hoop in eighth. Rivkin won a bronze medal in the Hoop final at the European Championships earlier this summer.Israel’s national team will compete in the group qualifiers on Saturday. The team of Yuval Filo, Alona Koshevatskiy, Ekaterina Levina, Karina Lykhvar and Ida Mayrin need to finish among the top eight to book their place in Rio.The national team won three medals at the European Championships Azerbaijan earlier this summer, claiming a silver in the all-around final, a silver in the clubs and hoops and a bronze in the ribbons.The team ended the all-around final at last year’s Worlds in an impressive fifth place while also taking a silver in the five clubs final.The Israel roster was rebuilt at the start of last year with the goal of reaching the Olympics for a third straight time in Rio 2016. The previous national teams advanced to the final at both Beijing in 2008 and London in 2012.