The rower’s training accident became a symbol of indifference in Israeli society, with dozens on onlookers seeing her capsized boat and doing nothing except for calling the police. 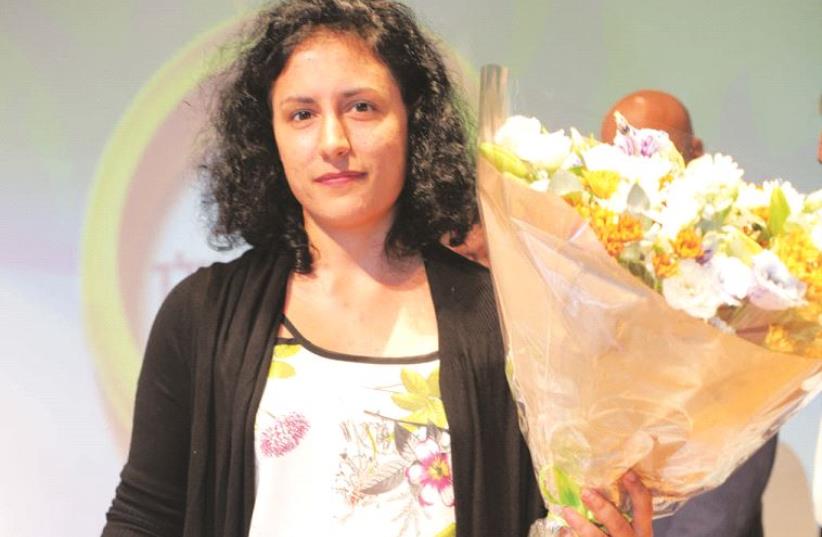 Yasmin Feingold
(photo credit: STUDIO MOKED)
Advertisement
Seven years have elapsed since Yasmin Feingold spent four minutes trapped under the waters of the Yarkon River, yet her battle continues.The rower’s training accident became a symbol of indifference in Israeli society, with dozens on onlookers seeing her capsized boat and doing nothing except for calling the police until the then 62-year-old Avi Toibin acted in true bravery and swam to her rescue.Feingold has since become a symbol of determination and courage after undergoing a long and arduous recovery process before returning to competition and being crowned once more as Israel champion four years ago.Her fortitude was recognized by the Ometz organization last week, with Feingold being among 13 people who received a special award in recognition of their contributions to the world of sport.Ometz was founded with the goal of promoting civil laws, honesty and integrity in Israeli society while fighting corruption and racism.“This is recognition for seven years of very very hard work,” Feingold told The Jerusalem Post. “I think I received this honor for showing courage and being a pioneer.”Other winners included: Michigan Supreme Court Justice, Richard H.Bernstein, who is legally blind, and Israeli Air Force pilot Shaked, with the two working together to erase the boundaries between people with disabilities and the rest of the population through sport. Reuven Heller, the sports director of the Ilan Sport Center for the physically disabled in Ramat Gan, and paralympian Baruch Hagai, were also honored for making their mark on Israeli society.Moshe Theumim, Sami Segol and Moti Orenshtein were recognized for setting up the Mifalot program, which created hundreds of soccer schools in low socioeconomic neighborhoods, serving 30,000 children in all sectors of Israel - including new immigrants, Arabs and Druze, and those with special needs.Unlike the rest of the winners, the 27-year-old Feingold is still an active athlete. After taking a short break in order to finish her first degree in mathematics, Feingold will soon increase her workload in training in preparation for the upcoming season.“I really want to return to competition at the start of the coming season which gets underway in February,” explained Feingold, who also plans to do a master’s degree in business administration. “We’ll see how my training comes along with the courses I still need to complete.It is very common in our sport to take a break for studies. At a certain age your sporting career comes to an end and you need to prepare for life after sport. You have no choice but to invest in your future.”Feingold also gives lectures, mostly to teenagers and children, through the Athena project - the national council for promoting women’s sport in Israel.She plans to go on a speaking tour in the business sector in the near future.Feingold said she is stunned to hear from people that they still remember her accident and that they were affected by her story.The future seemed to be blindingly bright for Feingold when her life was quite literally turned on its head in May 4, 2009.The details of her accident still remain unclear, but what is certain is that Feingold found herself trapped under her rowing boat near Namir Bridge in Tel Aviv and spent an extended period of time unable to breath after losing consciousness.While numerous bystanders saw the overturned boat but refused to enter the polluted water to save Feingold’s life, Toibin acted in true bravery and pulled Yasmin out of the water. She was taken to Tel Aviv’s Ichilov Medical Center in fatal condition.Within moments, Feingold went from being the Israel single sculls champion and a soon-to-be student of Aeronautical Engineering at Imperial College London to a helpless person in a hospital bed dependent on life support machines.It took three days for Feingold to regain the ability to breathe on her own, but her recovery ever since has been nothing short of miraculous.After another week she was healthy enough to be taken from Ichilov to the Loewenstein rehabilitation center in Ra’anana.Just one month after drowning, Feingold was able to go and meet Toibin who deservedly received the President’s Decoration from Shimon Peres for his valor.But while simply being alive would have been enough for most people had they endured what Feingold overcame, Yasmin targeted what seemed to be impossible.Feingold, who initially suffered from both short and long term memory loss, never stopped fighting to return to her rowing boat, believing that she will get back to her pre-accident championship- winning form.In October 2010, Feingold and her three Tel Aviv teammates claimed the gold medal at the national championships in the coxless fours and in 2012 she recorded another remarkable milestone when she regained her title in the single sculls.She may never become an Olympic rower, but Feingold has already defied all odds and acts as a constant reminder of the might of the human spirit and the awesome power of sports.Much has been said and written about the apathy displayed on the banks of the Yarkon River seven years ago, but Feingold considers herself lucky and feels that Israeli society has come a long way since, partially due to the impact of her story.“I think at the time there was a period of apathy in the country,” said Feingold.“At the time there were other incidents in which people needed help. Some were lucky like me and some weren’t so lucky. I think that the current situation is a lot better. There is still a lot of room for improvement, but I think plenty of progress has been made in mutual aid in Israel and that we are heading in the right direction.”