The 29-year-old reached No. 11 in the world rankings six years ago, higher than any other Israeli tennis player in history. 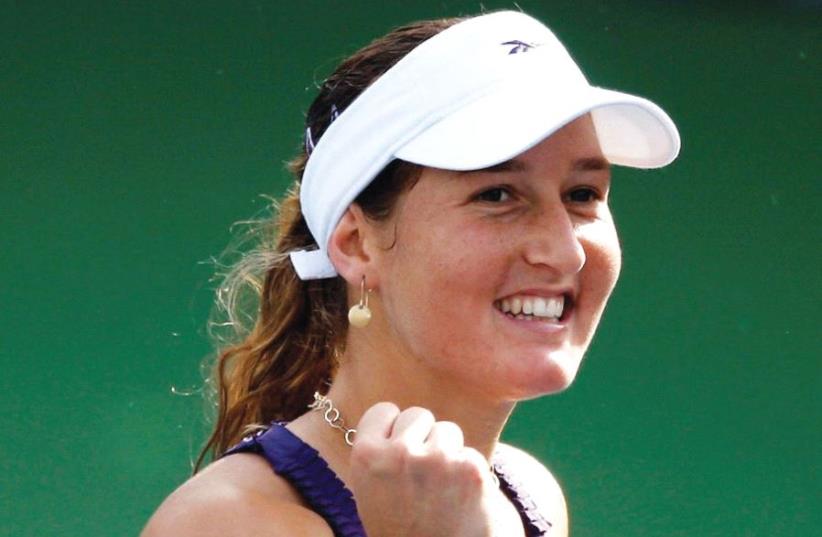 Shahar Pe’er’s career ended when she announced her retirement at the age of 29.
(photo credit: REUTERS)
Advertisement
One of the greatest careers in Israeli sports history officially came to an end on Tuesday, with Shahar Pe’er announcing her retirement from tennis.The 29-year-old reached No. 11 in the world rankings six years ago, higher than any other Israeli tennis player in history. She advanced to the quarterfinal stage of a Grand Slam tournament twice in her career, making the last eight at the Australian Open and US Open in 2007. Pe’er earned over $5 million from prize money during her career, which also included six singles title on the WTA Tour.Her retirement didn’t come as a surprise, with Pe’er struggling over recent years to recapture the success from early in her career.Pe’er’s last professional match was in February of last year and she hasn’t been ranked in the top 100 since August 2014. A chronic shoulder injury limited her over the past two-and-a-half years and ultimately resulted in her retirement.“I want to share with you one of the hardest decisions I have had to make in my life. After 23 years, in which 13 of those years I was an international professional tennis player, I am retiring,” Pe’er wrote on her Facebook page.“I made this decision following a chronic inflammation in my shoulder, that has been lasting for over two years, and prevents me from competing at the high level that I am used to and expect from myself.“At the same time, I lost my desire for the game of tennis and the intense way of life I have lived since I was 6.5 years old. I look back on this experience with a huge smile, a lot of happiness and satisfaction. I am proud of all of my accomplishments, as well as the huge honor I was given to represent the state of Israel,” Pe’er added.Pe’er won her first senior national title at the age of 14 before taking the Junior Girls’ Australian Open title when she was 16. She played for Israel’s Fed Cup team since 2002, leading the blue-and-white to the World Group and a place among the top eight national teams in the world in 2008.Pe’er also represented Israel in two Olympic Games, in Beijing 2008 and London 2012.“For me she is the greatest sportswoman the country has ever seen, both in her achievements down the years and in her character and the very hard work that always characterized her,” said Israel Tennis Association CEO Shlomo Glickstein. “She is a winner in her soul with a remarkable work ethic which is rare everywhere and especially in Israel. She registered outstanding accomplishments throughout her career and I salute her.”