Simmering fight against relegation has half the league sweating 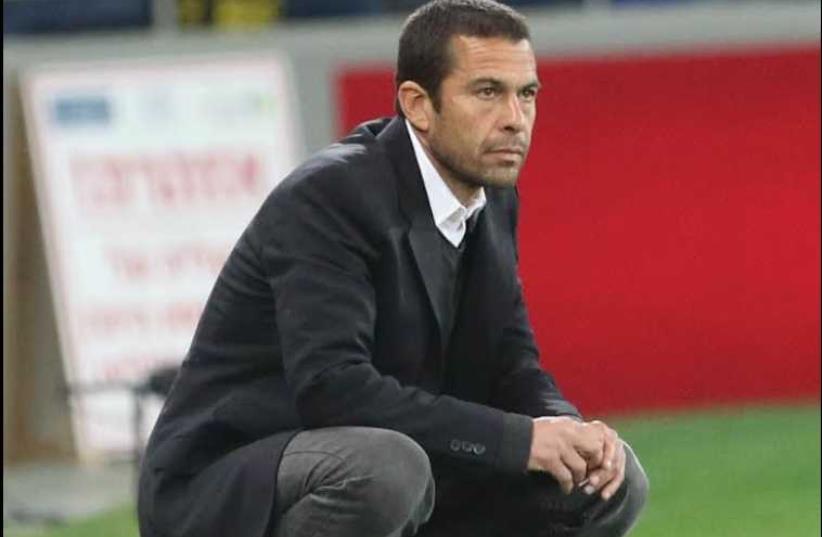 Beitar Jerusalem coach Guy Levy
(photo credit: DANNY MARON)
Advertisement
While the build up for next Monday’s crunch showdown between Premier League title rivals Maccabi Tel Aviv and Hapoel Beersheba grabs all the headlines, more than half of the league’s teams will continue their battle for survival this weekend.A mere two points separate Bnei Yehuda in seventh place and Hapoel Acre in 13th, which will lead to relegation to the National League at the end of the season.Eight teams in total currently find themselves tangled up in the battle against demotion, with rock-bottom Maccabi Netanya in the worst position, sitting six points from safety.Acre enters Saturday’s clash against Bnei Yehuda in the relegation zone, but a win would see it leapfrog its opponent and potentially climb as many as six places up to seventh.Four of the league’s bottom eight sides have already replaced coaches, the latest being Hapoel Haifa. Meir Ben-Margi was promoted from assistant coach to head coach on Thursday, replacing Tal Banin who was suspended by owner Yoav Katz last week before being relieved of his duties. Banin and club CEO Efraim Gabay were initially given leave with pay after a heated argument between the two almost came to blows following the 4-2 defeat to Maccabi Haifa on December 7.Ben-Margi guided Hapoel to a 3-1 victory over Acre last Saturday as an interim fillin, snapping a four-match winless streak, and was ultimately persuaded by Katz to take over on a full-time basis.“I can only thank Yoav Katz for the trust he has shown in me. I hope and believe that I will repay him,” said Ben-Margi.Ben-Margi takes Haifa to Maccabi Petah Tikva on Saturday. The streaky Petah Tikva began the season with four consecutive victories, then went winless in six matches and is now unbeaten in four games.Also Saturday, Hapoel Tel Aviv, which is two points above the relegation zone, visits Ironi Kiryat Shmona, which is one point further back. Netanya will have to register a major upset in order to record its first win in five matches under new coach Reuven Atar, with the team visiting Beitar Jerusalem at Teddy Stadium on Saturday.Beitar can move within four points of league leaders Maccabi Tel Aviv and Beerhsbea ahead of their clash on Monday.Elsewhere Saturday, Hapoel Ra’anana hosts Bnei Sakhnin.Maccabi Haifa welcomes Hapoel Kfar Saba on Sunday.