Sinai Says: Bloch an inspiration for young and old

Bloch was participating in his first Olympics at the age of 37, making her the oldest member of the 47 athletes on the Israel delegation. 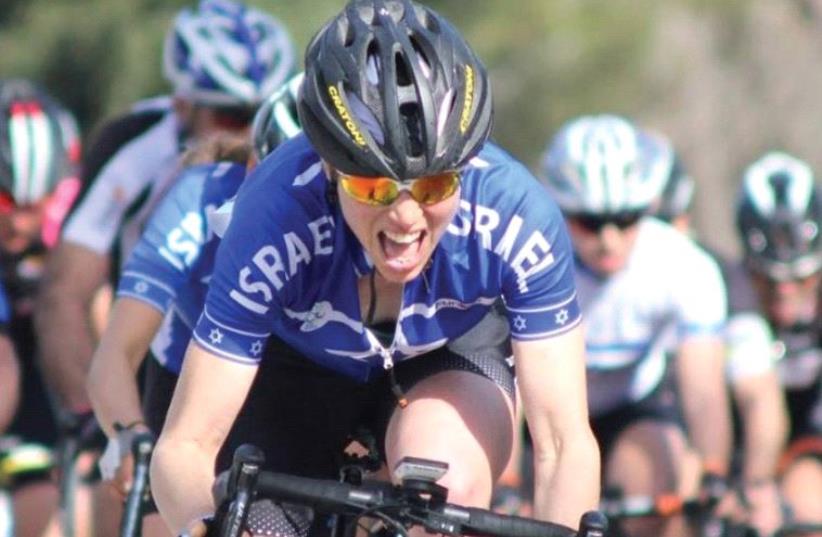 Shani Bloch
(photo credit: Courtesy)
Advertisement
The sight of an Israeli cyclist celebrating wildly as she crossed the finish line of the Olympic road race in Rio on Sunday must have seemed strange to many onlookers.After all, she had just finished the race in 48th position, completing the 141 kilometer course in a time of 4:02.59 hours, over 11-and-a-half minutes behind Dutch winner Anna van der Breggen.But Israel’s Shani Bloch had every reason to rejoice. Simply participating in Rio was a triumph on its own. Completing the course and finishing ahead of 20 of the world’s best female cyclists made it all the sweeter, especially when considering what she had to overcome to reach the Olympic Games.Bloch was participating in his first Olympics at the age of 37, making her the oldest member of the 47 athletes on the Israel delegation.That is probably the least remarkable part of Bloch’s story.Bloch is a trailblazer in women’s cycling in Israel, becoming the first of her countrywomen to take part in the Tour de France, Giro d’Italia and World Championships.She came up short in her attempt to qualify for the 2004 Athens Olympics and decided to retire. She got married, gave birth to three baby girls and started a new life.That changed all of the sudden in 2014 when she felt an urge to return to cycling.She hasn’t looked back since, booking her spot in the 2016 Games by being ranked at No. 88 in the world in the UCI rankings to become the first Israeli road cyclist of either gender to participate in the Olympics since 1960.She entered Rio with little expectations, and her unbridled joy at the finish line was a much-needed uplifting moment for the Israeli delegation following two disappointing days to start the 2016 Games.“I’m so happy that I managed to finish the race. This gives me an amazing sense of satisfaction,” said Bloch. “I’m so proud to represent Israel. I thank God for this opportunity.”Bloch said she hopes the history she made on Sunday will open the door for future generations of female cyclists in Israel.“I have to say that this is the first time I didn’t want a race to end,” added Bloch with a smile. “I feel that at my age I’m more mentally ready to cope with this situation.I tried to reach the Olympics when I was 24 and didn’t make it. I feel that a big reason for that was the difficulty to cope with the mental pressure.”The dramatic stories of the winners and the heartbreaking defeats of the losers grab most of the headlines during the Olympics. But there are also those like Shani Bloch who can inspire us all simply by participating.