Sinai Says: Why has Israel had so much success in Olympic judo?

There are three main components required to succeed in any sport, Olympic sports in particular: Physical compatibility, financial investment and experience 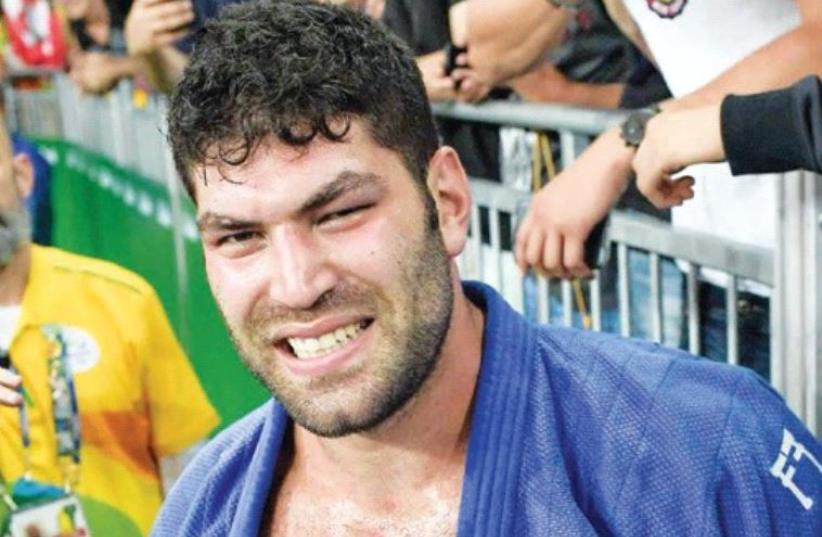 Ori Sasson became the fifth Israeli judoka to claim an Olympic medal on Friday, providing further proof of the superb state of the sport in Israel.
(photo credit: ASAF KLIGER)
Advertisement
It is a question that has been asked countless times during the past week.“Why is Israel so much better at judo compared to other Olympic sports?” Truth be told, it isn’t that Israelis have the perfect physical build for the sport or a specific mental fortitude required to succeed at the highest level in judo. Five of Israel’s nine Olympic medals ever may have come in judo, but had the circumstances been slightly different two decades ago they could have come in several other sports just the same.At the risk of over-simplifying the matter, there are three main components required to succeed in any sport, Olympic sports in particular: Physical compatibility, financial investment and experience.The first is mostly out of one’s hands, the second depends entirely on one’s ambition and the third is acquired with time.Israeli judo is at a point where it has achieved all three. The fact judo is separated into different weight classes means there is no necessity for a particular body build, the way it is in athletics or swimming for example.You can be big or small, but your chances of accomplishing Olympic glory in judo depend far more on your agility and the way you utilize it.It is easy to speak endlessly of the need to invest more funds in sport and the positive effect it has on the entire population and not just on those who go on to become professionals.But actually putting your money where your mouth is has been a problem which has hampered Israeli sports over the years and continues to do so.Judo has, however, received increased funding since its initial triumphs in the Barcelona 1992 Olympics, the turning point in the fortunes of the sport in Israel.Until 1992, judo was a niche sport which failed to break into the Israeli mainstream. Yael Arad’s silver medal in Barcelona, Israel’s first-ever Olympic medal, which was followed a day later by Oren Smadja’s bronze medal, changed everything.The fact judo is a sport which basically only requires an empty room lined with some mattresses has also made it accessible to almost every child in the country.Also working in Israel’s favor is the reality that judo remains an obscure sport in most countries (some notable exceptions include Japan, France and South Korea), which means that a relatively low investment by international standards can result in impressive dividends.The results of the investment in Israel have been clear for all to see in the first week of the Rio Olympics.The early exits of Shira Rishony, Golan Pollack and Gili Cohen didn’t bode well, but they were always meant to be the appetizer ahead of the main course.An injured Sagi Muki only lost in the battle for the bronze before Yarden Gerbi won a bronze the following day, taking Israel’s first Olympic medal in eight years. Linda Bolder then finished in seventh place before Ori Sasson claimed a bronze in the final day of competition on Friday.There is no guarantee that Israel will continue to register such achievements in judo.It wasn’t that long ago when results suffered dramatically after the Israel Judo Association went into financial administration in 2010 following years of mismanagement and internal wrangling, issues that were never fully resolved.Rio 2016 has proven, however, that everything is in place for Israeli judo to register continued success. Furthermore, when considering local judo’s road to the Olympic podium, there is every reason to believe it can be replicated in other similar sports.[email protected]