The Spaniard quickly developed a frosty relationship with owner Amir Kabiri and the rest of the club’s management, who felt he wasn’t open to their input. 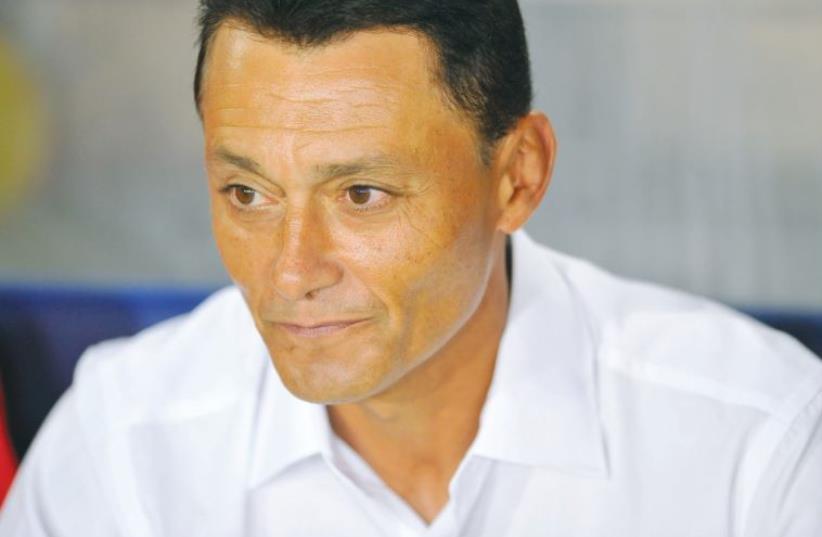 Hapoel Tel Aviv fired coach Cesar Mendiondo after just two Premier League matches
(photo credit: ASAF KLIGER)
Advertisement
After just two Premier League matches, Hapoel Tel Aviv fired Spanish coach Cesar Mendiondo on Thursday.Walid Badir, who was named as an assistant coach earlier this summer, will guide the team on an interim basis until it signs a full-time replacement.Hapoel picked up a single point from its first two league games, failing to score a goal. After drawing 0-0 at Beitar Jerusalem in its opener, Hapoel dropped to a disappointing 3-0 defeat to Ironi Kiryat Shmona at Bloomfield Stadium on Saturday. However, it wasn’t just the results which brought about the end of Mendiondo’s reign at the club.The Spaniard quickly developed a frosty relationship with owner Amir Kabiri and the rest of the club’s management, who felt he wasn’t open to their input.“After several weeks of deliberations, we have decided to cut our ties with Mendiondo,” said Kabiri.“Unfortunately, our principles and professional demands, which were defined before we named a coach, and which I will continue to insist on, were not apparent in Mendiondo’s three months at the club.”Hapoel underwent a complete overhaul this summer, with only five players continuing from last season. Mendiondo held assistant roles with Atletico Madrid for six years and under Luis Aragones with the Spain national team, but came to Hapoel with little experience as a head coach, spending last season at AD Torrejon of the Spanish fourth division.“I took this decision wholeheartedly,” added Kabiri. “In the coming days we will decide the identity of the new coach.”