Despite falling 3-1 to Italy in Haifa in its opener, Israel put the European powerhouse under pressure and came close to leveling the score in the second half. 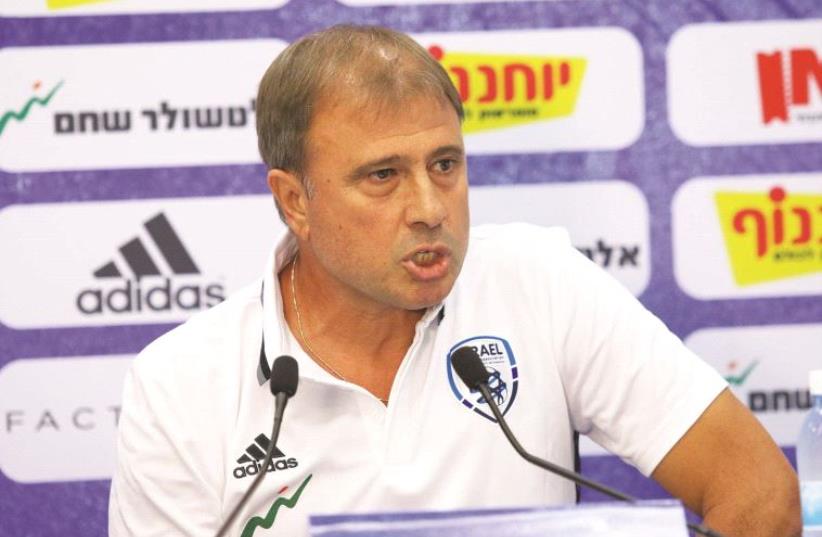 Elisha Levy
(photo credit: ADI AVISHAI)
Advertisement
Israel coach Elisha Levy is confident the national team can build on its encouraging performance against Italy when it visits Macedonia in its second 2018 World Cup qualifier in Skopje on Thursday.Despite falling 3-1 to Italy in Haifa in its opener, Levy drew plenty of encouragement from the side’s performance in the second half when it put the European powerhouse under pressure and came close to leveling the score.Israel’s display drew a standing ovation at the final whistle and Levy hopes his team can build on that in Skopje.“You can’t fool the fans. They stood up and applauded because they recognized our effort against Italy,” said Levy.“I hope we see the same effort against Macedonia as well.”Israel knew it had no realistic chance of reaching the World Cup for the first time since 1970 even prior to the start of qualifying, being drawn with former World Cup holder Spain, as well as Italy.Only the winners of each group will qualify automatically, with the eight best runners- up to advance to home-and- away playoffs. Israel will also face Albania and Liechtenstein in qualifying Group G.Israel hosts Liechtenstein on Sunday, but will first want to take the three points against Macedonia.“Macedonia is a very experienced team. Albania, which impressed in Euro 2016, had a very difficult time beating them,” said Levy. “Every away game in Europe is difficult and I hope we can pick up our first points under my guidance.”Meanwhile, the Italy Football Federation was fined 27,000 euro by FIFA after fans made a Nazi salute during the Israeli national anthem ahead of the meeting between the teams in Haifa last month.FIFA announced the fine for “discrimination and improper conduct amongst own group of spectators,” violating articles 58 and 67 of the FIFA Disciplinary Code.The Israel Football Association had complained to the Italian Football Federation after two Italian fans were thrown out for giving the Nazi salute.Police chose to only remove the fans and didn’t arrest them.Italy supporters were also recorded booing during the Israeli national anthem ‘Hatikva’, with several others being seen taunting religious Jewish fans and spitting at them.