Dutchman Rene Meulensteen served as first-team coach at United for five years between 2008 and 2013, previously working with the club’s youth department and reserve side. 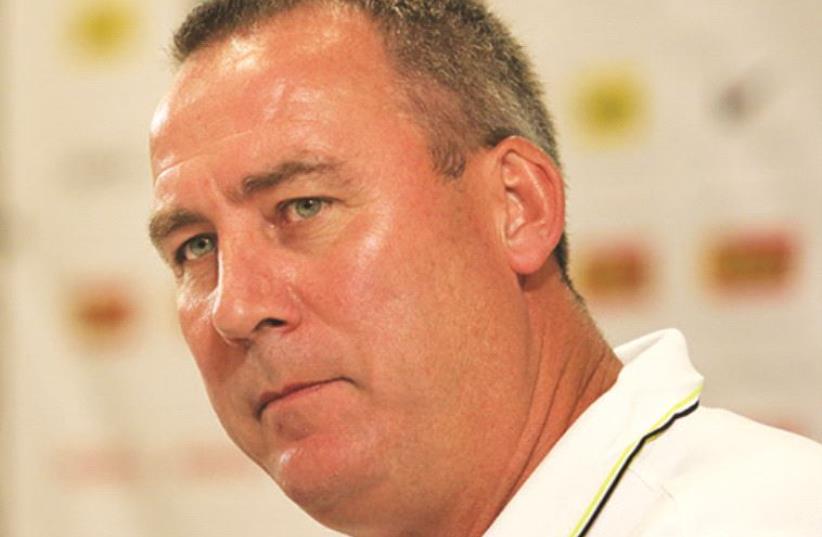 Rene Meulenseteen
(photo credit: ERAN LUF)
Advertisement
Sir Alex Ferguson’s former assistant at Manchester United, Rene Meulensteen, was unveiled on Tuesday as the new coach of Maccabi Haifa.The 52-year-old Dutchman served as first-team coach at United for five years between 2008 and 2013, previously working with the club’s youth department and reserve side.Despite his many years under one of the greatest managers of all-time, Meulensteen, who replaces Roni Levy, has little experience as a head coach.He was fired by Russian side Anzhi Makhachkala in August 2013 after just two matches in charge and guided Fulham in the English Premier League for only 17 games before being sacked in February 2014. He hasn’t coached since.“It is an absolute honor and privilege to be part of this wonderful club,” Meulensteen said on Tuesday. “It has been a while since I made a decision to come back to management and there have been a few opportunities to have come my way and I carefully chose this one.”Levy was sacked two weeks ago, one season into a three-year contract.He clashed time and again with the club’s new Norwegian sports director Tor-Kristian Karlsen, and the embarrassing European exit against Nomme Kalju of Estonia in the Europa League second qualifying round didn’t help his cause.Levy guided Haifa to the State Cup last season, its first title in five years and first State Cup in 18 years. However, it was another disappointing campaign overall for the club that dominated Israeli soccer in the first decade of the 21st century, with the Greens finishing in fourth place in the Premier League standings.“I don’t think I realized how big a club this was when I first came,” said Karlsen on Tuesday.“It is fantastic to have the privilege to work for such a club. We feel we are ready to embark on an exciting season.”Haifa also announced on Tuesday the signings of Israel international Roei Kehat from Austria Vienna and Czech midfielder Kamil Vacek.“When Tor approached me and explained what Maccabi Haifa wants to achieve again I told him that I’d like to be part of that change,” said Meulensteen. “It is going to be a journey and it isn’t going to be an easy one. It is going to be full of challenges and no guarantees. I only guarantee that we will give it our best effort and can look back at the end of the season knowing we did our utmost to bring Maccabi Haifa back to where it belongs.”