Israel went on to win their second round game against Cuba, with a final score of 4-1. 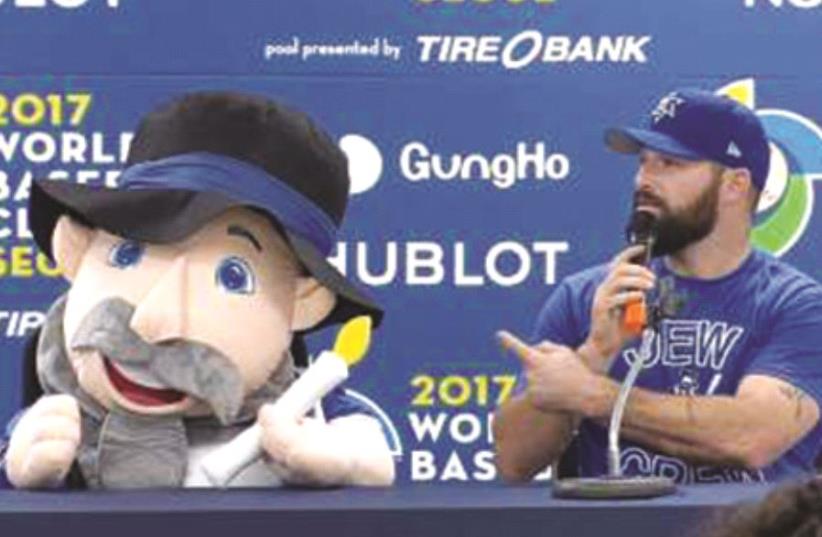 World Baseball Classic: Team Israel’s Cody Decker and team mascot, “the Mensch on the Bench”
(photo credit: MLB/COURTESY)
Advertisement
Winning isn't the only thing that Team Israel is doing at the World Baseball Classic. Marking the Jewish festival of Purim, Israel Association of Baseball VP Jordy Alter read the Scroll of Esther in the Tokyo Dome dugout, as seen in a video posted on Facebook on Sunday morning. The team also posted their mascot, The Mensch on a Bench, shortly after the reading. Israel went on to win its second round game on Sunday against Cuba, with a final score of 4-1. With host Japan a firm favorite to finish Pool E in first place, Israel can effectively clinch its place in the semifinals should it defeat the Netherlands on Monday. Israel, whose squad is built around MLB-affiliated Jewish Americans, beat the Netherlands 4-2 in Pool A action on Thursday, albeit in a game neither team had to win after already securing their progress to the second round.Allon Sinai contributed to this report.