Tennis: Weintraub withdraws from Challenger event due to Yom Kippur

Israel’s Amir Weintraub is ranked No. 232 in the world. 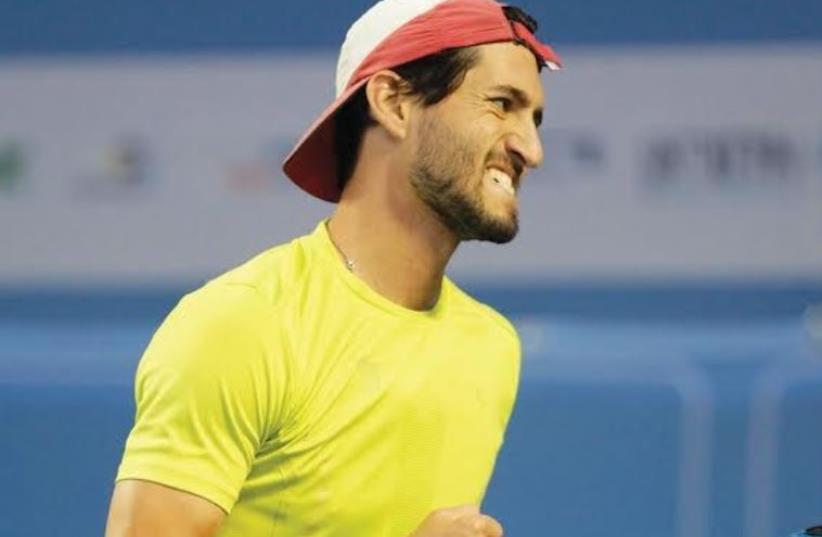 Israeli tennis player Amir Weintraub
(photo credit: NIR KEIDAR/ISRAEL TENNIS ASSOCIATION)
Advertisement
Israel’s Amir Weintraub pulled out of his match against Jeremy Chardy of France in the second round of the Challenger tournament in Tashkent, Uzbekistan, on Wednesday as it was scheduled to be held during Yom Kippur.It is a dilemma Israeli athletes face every year, with the vast majority choosing to honor the holiest day in the Jewish calendar.There are, however, others who decide to play, like Deniz Khazaniuk, who beat France’s Estelle Cascino 6-4, 6-0 in the second round of the ITF tournament in Lagos, Nigeria.Weintraub, ranked No. 232 in the world, had asked the organizers to schedule his match for the following day or for later Wednesday evening, but was told that neither option is possible.Following the end of Yom Kippur, he attacked the ATP and ITF on Facebook, claiming that they aren’t doing enough to help players ranked outside the top 100 to earn a decent living.“I know that the ATP and ITF are not going to like what I’m about to write, but this isn’t personal but rather a cry to help the sport I love so much,” wrote Weintraub. “All the players are talking all the time that they feel nothing is being done and that we are being exploited.”Weintraub said that a player ranked around No. 130 in the world is delighted if he manages to break even at the end of the year.“Everyone talks about how much the star players make and think it is all so glamorous,” he said. “The bottom line is that players ranked outside the top 100 are being sacrificed for those ranked at the top.”Weintraub went on to compare tennis to other sports, explaining that tennis players have many more expenses, mainly due to their constant traveling, than soccer or basketball players.He called for the ATP to establish more tournaments across the world to increase the opportunities for lower ranked players before suggesting that the players should form a union and go on strike.“The bottom line is that if you want to play tennis you either better come from a rich family or have a sponsor or know that you will likely go broke,” he added.Elsewhere Wednesday, fourth seed Rafa Nadal was stunned by Serb Viktor Troicki in an upsetfilled Shanghai Masters second round on Wednesday while Andy Murray breezed past American Steve Johnson and Nick Kyrgios slumped to a listless defeat.Troicki, ranked 31st in the world, overcame Nadal 6-3, 7-6 (3) in an hour and 34 minutes to secure his first ever victory against the 14-time grand slam winner.Twice Shanghai Masters champion Murray, who claimed the China Open title last week, had no such trouble as he won 6-3, 6-2.Kyrgios lost to Germany’s Mischa Zverev 6-3, 6-1 with another controversial display in which he appeared uninterested throughout, landing a series of half-hearted serves and barely moving to meet his opponent’s returns.The 21-year-old also clashed with spectators before being booed off the court after a match that lasted just 48 minutes.Kyrgios, later apologized on his Twitter account.“Not good enough today on many levels, I’m better than that. I can go on about excuses but there are none. Sorry,” wrote Kyrgios.During his match with Zverev, Kyrgios became embroiled in an angry exchange with a fan who told him to “respect the game” and “respect the people”.The world number 14 replied: “You want to come here and play? Sit down and shut up and watch.”