Tennis: Yoni Erlich back in the winner's circle

Erlich won his previous title with the now-retired Andy Ram at the Serbia Open in Belgrade in May 2012. 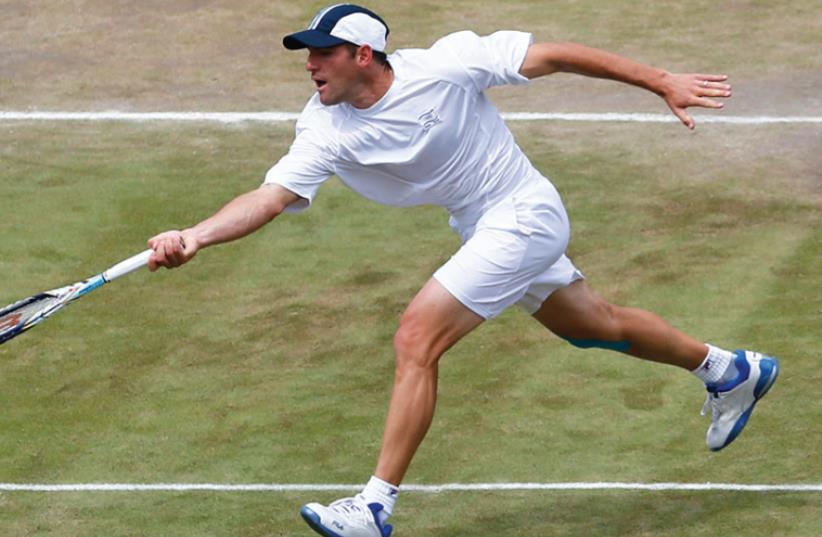 Israel’s Yoni Erlich
(photo credit: REUTERS)
Advertisement
Yoni Erlich claimed his 18th career ATP Tour doubles title on Sunday, his first in more than three years, after triumphing with Britain’s Chris Fleming in Shenzhen, China.The duo registered a 6-1, 6-7 (3), 10-6 victory over Andre Sa and Chris Guccione in the final, helping the 38-year-old Israeli climb 14 places to world No. 50 in the rankings released on Monday.Erlich was playing in just his third tournament after missing almost two months of action following surgery to repair a meniscus tear in his knee suffered during his run to the Wimbledon semifinals with Philipp Petzschner. He was knocked out in the first round in both events.Erlich won his previous title with the now-retired Andy Ram at the Serbia Open in Belgrade in May 2012.Meanwhile, Tomas Berdych captured his 11th career ATP title, and his first this year, by beating Spain’s Guillermo Garcia-Lopez 6-3, 7-6 (7) in a rain-delayed final in Shenzhen on Monday.Held over because of heavy rain that drenched parts of southern China over the weekend, Berdych maintained his composure through another frustrating weather interruption to win in straight sets.“The last three days were tough especially mentally to keep being very focused,” the top-seeded Czech said in a post-match interview.“I was the one who dealt with that the best. I’m proud of myself to make it happen because these conditions were not easy at all.”The victory gave the 30-year-old Berdych his first ATP title since last year’s Stockholm Open. He has also reached three other finals this year, at the Qatar Open, the Rotterdam Open and the Monte Carlo Masters, but lost them all.