After losing 83-68 in the best-of- three series opener in Spain on Tuesday, Hapoel has to win on Friday in order to force a decisive Game 3 in Valencia next Wednesday. 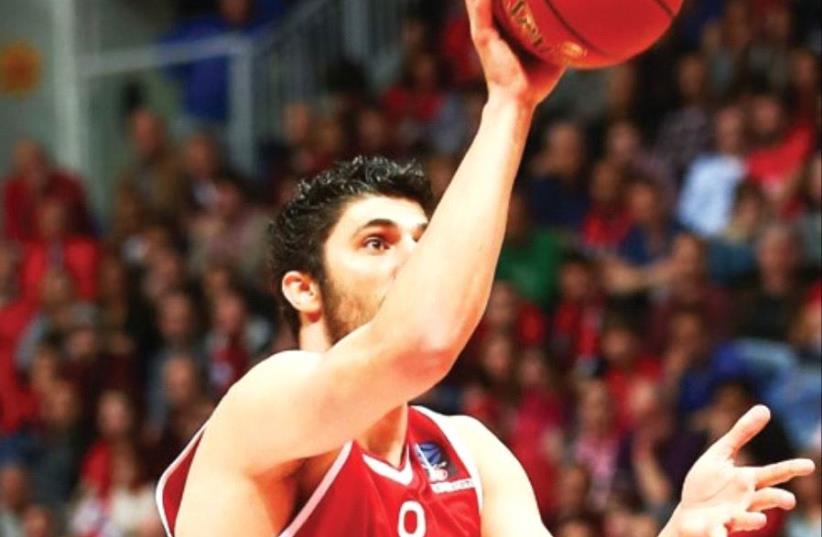 Hapoel Jerusalem forward Lior Eliyahu
(photo credit: DANNY MARON)
Advertisement
Hapoel Jerusalem’s Eurocup campaign will not be the only thing on the line when it hosts Valencia in Game 2 of the semifinals at the Jerusalem Arena on Friday afternoon.After losing 83-68 in the best-of- three series opener in Spain on Tuesday, Hapoel has to win on Friday in order to force a decisive Game 3 in Valencia next Wednesday, as well as boost its hopes of playing in the Euroleague next season.Game 1 was tight until the fourth quarter, with Hapoel still within two points with seven-and-a-half minutes to play. But Valencia dominated the closing stages, ultimately registering a comprehensive victory that moves it within a win of a fourth Eurocup final since 2010.Jerusalem is playing in the semifinals for the first time since 2006, last reaching the final of European basketball’s second most important club competition when it won its only continental title in 2004, then named the ULEB Cup.The team that wins the Eurocup title will be handed a berth in the Euroleague next season. But even a place in the final could end up proving to be enough to convince the Euroleague to hand Jerusalem a place among the continent’s top sides next season.“As a club and as an organization we are ready to play in the Euroleague,” said club CEO Guy Harel. “There aren’t many goals that we have set ourselves and haven’t reached, even if it takes a few seasons to get there.”Jerusalem’s players will not be thinking so far ahead, with their only focus on Friday being to extend the series until next week.Valencia, which is the third-best offensive rebounding team in the competition (12.3 per game), dominated the boards in Game 1, pulling down 16 offensive rebounds ,while also forcing 19 turnovers.“In the first half I think we started with the right approach,” said Hapoel coach Simone Pianigiani. “We showed personality on the road against a team I consider to be a Euroleague playoff team. To compete with them until the end we must put down our number of turnovers. We will have few chances to win the game with 19 turnovers like in Game 1. We must be able to attack the rim like we did in the first half when we averaged over 60 percent from two-point range.”Despite the disappointing finish to Game 1, the Italian is confident ahead of Friday’s showdown.“I think we showed in the first game that we can compete,” said Pianigiani. “For us this is now a one-day series. We need to win to push the series to Game 3 and then anything can happen.”