Who was the most influential Jew in sports this past year? Vote Now! 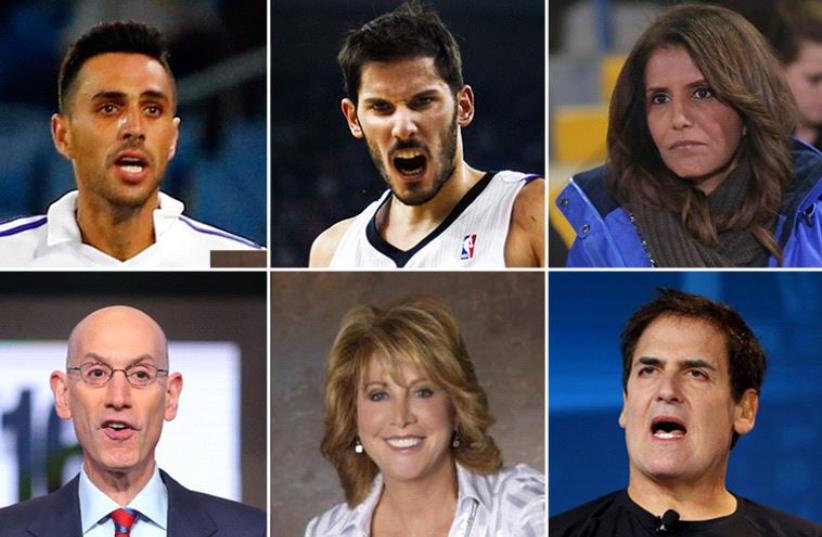 Top influential Jews in sports
(photo credit: REUTERS,Courtesy)
Advertisement
The impact Jews have made on sports – albeit more so off the field than on it – is incalculable. They continue to do so across the world, making a difference and leaving their mark for generations to come. Take Adam Silver for example. The 54-year-old American became the fifth commissioner of the NBA in 2014, and as well as leading the league to tremendous financial success, he has also been quick to take a stand on subjects that transcend sport.NHL commissioner Gary Bettman is another Jew who has made a remarkable impression on his sport. The 64-year-old American has held his post as hockey’s head honcho since 1993 and has overseen rapid growth of league revenues, from $400 million when he was hired to over $4 billion today.The likes of Omri Casspi and Eran Zahavi prove that a Jewish athlete can have an impact off the field while enjoying a fruitful career on it. Casspi, Israel's first NBA player, experienced his best season in the league with the Sacramento Kings in 2015/16. He will also be organizing his second annual trip to Israel for NBA colleagues this summer aimed at presenting Israel in a positive light across the world in a joint initiative between the Omri Casspi Foundation and NBA Cares, the league's global community outreach program.Zahavi is not only Israel's best soccer player, but he has quickly become its best ambassador in China. His amazing success with Guangzhou R&F is earning him star status in the global powerhouse and turned him into a respected Israeli emissary.International Olympic Committee member Alex Gilady knows all about representing Israel, while Alona Barkat made history as the owner of Israeli soccer champion Hapoel Beersheba. Nancy Lieberman also continues to be a trailblazer for women in the world of basketball, currently serving as an assistant coach with the Sacramento Kings.1. Adam Silver – NBA Commissioner2. Gary Bettman – NHL Commissioner3. Omri Casspi – Israeli NBA player4. Eran Zahavi – Israeli soccer player5. Alex Gilady – Israeli IOC Member6. Alona Barkat – Hapoel Beersheba soccer club owner7. Nancy Leiberman – Hall-of-Fame Basketball player and coach8. Robert Kraft – Owner of NFL’s New England Patriots9. Roman Abramovich – Owner of Chelsea FC10. Mark Cuban – Owner of NBA’s Dallas MavericksClick here to place your vote for the most influential Jew in sports