In response to the report, a statement from the National Road Safety Authority said that the body is currently studying the details and drawing conclusions relevant to its operations. 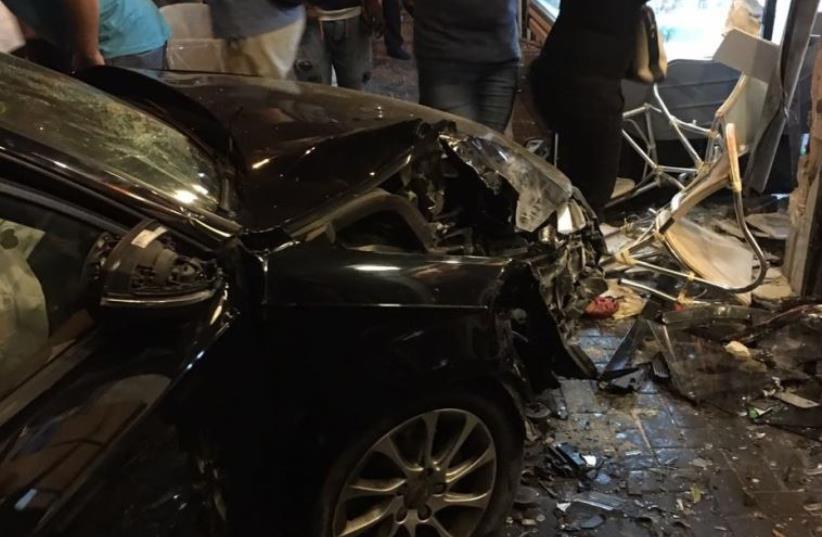 Tel Aviv car crash that killed Alan Weinkrantz and two others
(photo credit: COURTESY ASSAF KUPFER)
Advertisement
Following a steady increase over the past few years in the number of traffic fatalities, State Comptroller Joseph Shapira slammed the government for a slew of deficiencies related to road safety management.“In road accidents in Israel, each year hundreds of people are killed and thousands are injured,” Shapira wrote in a report. “The fight against road accidents is a constant battle that demands an investment of resources and effort.”Such efforts, the report continued, involve the integrated implementation of various actions aimed at improving infrastructure, education, advocacy, enforcement and prosecution. Due to the critical nature of the issue, the government adopted a multiyear program in 2005 with a goal of reducing the number of people killed and injured in such accidents, and afterwards established the National Road Safety Authority – an authority that Shapira has found to be severely lacking in its capacity to induce change.Since the establishment of the State of Israel through the end of 2015, more than 32,000 people have been killed on the country’s roads, the report said. In 2015 alone, 356 people died in traffic accidents, an 11% increase in comparison to 2014 and a 15% increase in comparison to 2013. All in all, the total financial cost of road accidents to the economy, including those without casualties, was estimated to be about NIS 15 billion in 2012, the report added.While also finding fault in other relevant bodies, like the larger Transportation Ministry, the Education Ministry and the police, the state comptroller particularly criticized the government’s administration of the National Road Safety Authority. The report attributed the authority’s failures in part to the insufficient time allotted toward accomplishing its goals, as well as its lack of power, a decreased budget and a variety of other shortcomings.One of the principle goals set forth by the 2005 government decision was the reduction of the number of traffic fatalities occurring annually, Shapira explained. Although a continuous decline did occur from 2005 through 2012, the trend changed and road deaths began to increase in 2013.The state comptroller attributed this reversal in part to deficiencies in the methods employed by the government to reduce risks, chiding the National Road Safety Authority for waiting until 2015 to experiment with zigzagged pedestrian crosswalks, despite the relatively high proportion of pedestrians injured between 2012 and 2014. In addition, he noted that the number of vehicle inspections performed by the Transportation Ministry significantly decreased.The report also criticized the government for reducing the amount of driver safety education in schools and faulted the police for downgrading the number of traffic patrol units.“The increase in the number of those killed and hurt in road accidents in the last three years, and the expiry of the [National Road Safety Authority] Law in 2017, demands that the government review the effectiveness of its activities in this area and implement in-depth administrative work with the aim of cementing a way to comprehensively handle the battle against traffic accidents,” the report said. “An intelligent process and learning lessons from the way of dealing with the matter in recent years may help reduce the financial and social damage to the economy and reduce the number of people killed, injured and bereaved, as well as the accompanying grief and pain.”In response to the report, a statement from the National Road Safety Authority said that the body is currently studying the details and drawing conclusions relevant to its operations.“The findings of the state comptroller’s report speak for themselves regarding the necessity of a permanent, strong and empowered national authority,” the statement said. “Since the establishment of the National Authority in 2007, it has not gained an appropriate status as a strong and permanent body, which would be expected in a country where 32,944 people have been killed since its inception. There is a critical need to fix the issue of carnage on roads as a national mission of all the parties, and only a strong national authority in Israel can lead such a mission.”