Tolerance is the operative word when it comes to Jewish-Arab relations. 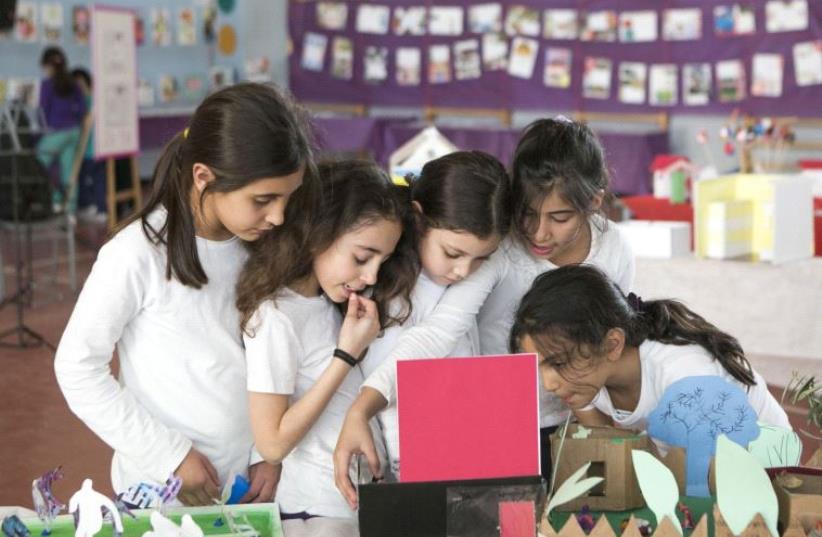 Jerusalem's Hand in Hand School
(photo credit: Courtesy)
Advertisement
Peaceful coexistence among the capital’s diverse and frequently combative populations has long been of primary importance for the Jerusalem Foundation.“Before we can talk about coexistence, first we need to talk about ‘existence’ in the field of dialogue, tolerance, and shared living,” says Udi Spiegel, manager of the foundation’s long-running educational and dialogue program.“We believe that in Jerusalem, a city of nearly one million people, there is more than one reality, or narrative, happening about politics and beliefs, and we try to help build as many narratives as possible about the possibility of living together, and being more tolerant to others.” While Spiegel says much of the work focuses on Jewish and Arab coexistence, he emphasizes that the initiative also seeks to improve relations among other populations, including haredim, the LGBT community, Ethiopians, seculars, nationalists, leftists, radical groups, and modern Orthodox Jews.“The story about tolerance is bigger than the main story, which is about Jews and Arabs living in the city,” he notes. “If you look in this area, what’s really happening is shared living, and we try to do as much as possible with that.”To that end, Spiegel says, the foundation has dozens of far-reaching programs actively working throughout the year with the capital’s disparate populations. Among the most successful models for coexistence and dialogue, he said, is the foundation’s bilingual Max Rayne Hand in Hand School, which has nearly 700 Arab and Jewish students from pre-kindergarten through high school, and is overseen by Arab and Jewish co-principals.“This is not the only model, but it is one of the models that are possible,” says Spiegel. “If you look at the people living in Jerusalem, most of them are not going to send their kids to the Hand in Hand School. But, it’s very important that people understand that it happened; that it’s an option.”“When the kids from this school meet other kids and say, ‘Yeah, I’m learning with Arab kids,’ or ‘I’m learning with Jewish kids,’ it’s important that they know it is possible, and not a myth,” he continues.Spiegel says other notable institutions in the capital that the foundation works with to further coexistence through education and dialogue include the YMCA; the Adam Institute, where children are taught about tolerance and democracy; and the Intercultural Center on Mount Zion, which works to strengthen different communities by learning about one another.“As a policy, we try to work with most of the organizations that are working in this field,” he says.Moreover, the different approaches each organization takes help the foundation cast a wider net of tolerance and substantive dialogue.  “Through these many organizations, there are different coexistence and tolerance programs for all members of the community,” says Spiegel.Another notable organization supported by the foundation is Yesodot, which works within ultra-Orthodox schools to teach both students and teachers about democracy.“In many [religious] schools like this, you are not going to even talk about coexistence, but they can think and talk about the idea of tolerance, and how they can deal with the ‘otherness’ of other groups,” explains Spiegel.Spiegel says the foundation utilizes multiple models to engender greater understanding among all elements of society, instead of focusing exclusively on one.“There are sports projects, science projects, summer camps, and a program to recruit more Ethiopian teachers in Jerusalem,” he says. “So, there are many different projects, and the idea is to create as many as possible for people to learn about the ‘otherness’ in Jerusalem."This is necessary to create a large range of programs in the city, and influence as many people in as many ways as possible to create a little less hatred, a little less violence,” Spiegel concludes. Click here for more information on the Jerusalem Foundation.