Decision to compensate the group, of over children who left Poland for Russia in 1939, had been handed down in May 2014 in favor of 62 survivors by the Tel Aviv District Court. 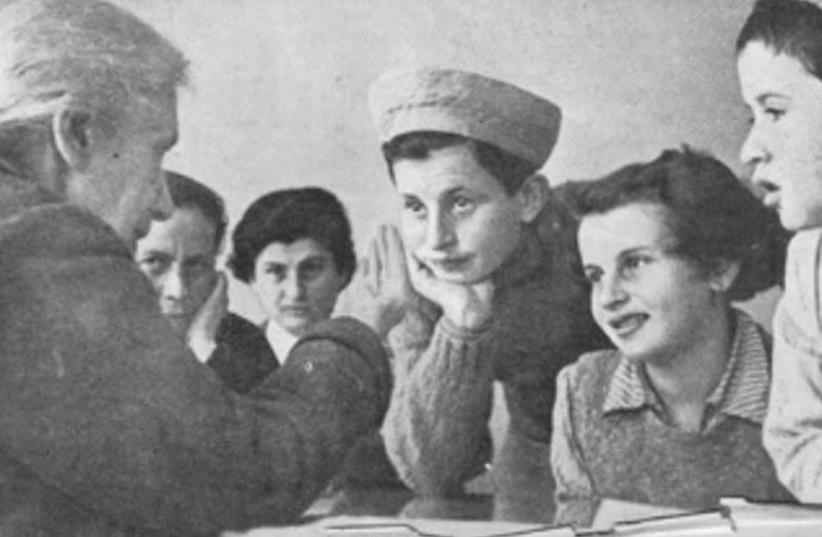 HENRIETTA SZOLD chats with Children of Tehran
(photo credit: Courtesy)
Advertisement
The Supreme Court on Monday once again reversed a lower court decision that had granted compensation to Holocaust survivors from the group known as the “Children of Tehran.” The reversal ends their legal battle, though the Supreme Court did call on the Knesset to pass legislation to compensate them.The decision to compensate the group was made in 2014 by the Tel Aviv District Court in favor of 62 survivors. This was the second suit members of that group brought against the state. In January 2014, the Supreme Court closed the door on restitution for the first group, which had sued separately.“Children of Tehran” is the name given to a group of more than 1,000 Jewish children who left Poland for the Soviet Union in 1939, before the German invasion. They eventually journeyed with a Polish-Jewish militia until they reached Tehran, where they lived for some years in harsh conditions.In 1943, when the Jewish Agency learned about the children, most of them were brought to what was then British Mandate Palestine.For various reasons, until 1997, the Children of Tehran as a group were not recognized as Holocaust survivors for the purposes of compensation.In January 2014 ruling, the Supreme Court ruled that the several hundred members of the first group, who had been awarded NIS 50,000 compensation each, were ineligible for the restitution. While this meant that payment to the survivors stopped, each of the plaintiffs was allowed to keep the NIS 25,000 he or she had already received from the state.At the heart of the argument was whether a 1952 agreement between Israel and Germany created a collective right to compensation for Holocaust survivors living in Israel, or an individual right to compensation for each victim.Despite the first Supreme Court ruling, Tel Aviv District Court judge Drora Pilpel in May 2014 allowed the second group of 62 to sue for compensation. That hope was squashed on Monday, however apologetically and with finger pointing at the Knesset.The government had opposed compensation and appealed the lower court ruling, contending that the first group, which had received partial compensation, was a special case and that the current plaintiffs were ineligible to receive a similar judgment.In its May 2014 ruling, the district court referred to the situation of the remaining Children of Tehran as “an unexplained gap between law and justice.”The litigants in the current case were from the “same group of children, survivors who immigrated to Israel nearly together” with those who had already received compensation, Pilpel wrote in her ruling. “Some of the plaintiffs did not know about the first lawsuit because it had not had proper advertising, and some of the plaintiffs had no money to pay the fee and did not join the first claim.”According to Pilpel, not granting compensation in this case would be tantamount to discrimination between the two groups of child survivors.“There is a ‘legal kinship’ between the litigants, even if they are not parties to that preceding civil proceeding,” she said.But on Monday, the Supreme Court said the gap between law and justice could only be filled by the state deciding to act “above the requirements of the law,” not by the compulsion of a lawsuit.