Jo Cox, an ardent supporter of EU membership, was shot and stabbed in the street in her electoral district in northern England on Thursday. 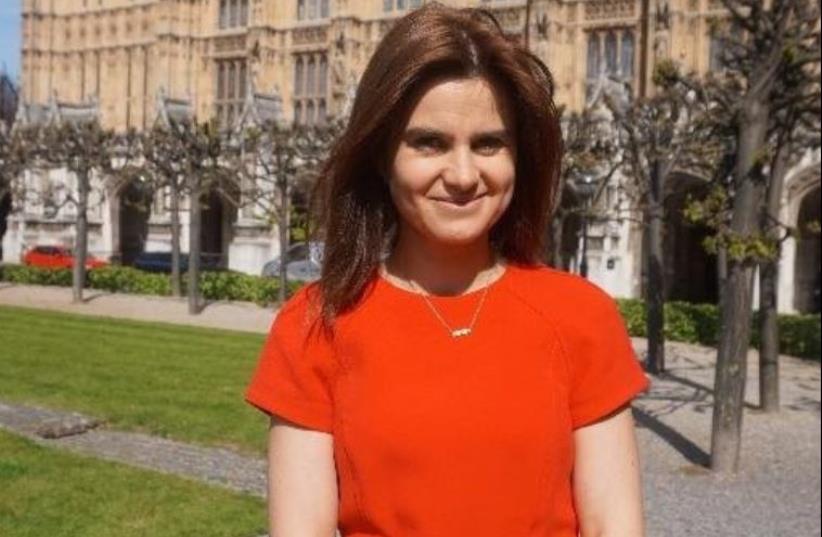 British MP Jo Cox
(photo credit: TWITTER)
Advertisement
The man charged with murdering British lawmaker Jo Cox gave his name as "death to traitors, freedom for Britain" when he appeared in court on Saturday accused of a killing that could be a defining moment in a vote on European Union membership.The murder of Cox, a 41-year-old mother of two young children, has shocked Britain, elicited condolences from leaders around the world and raised questions about the tone of campaigning before the EU referendum which takes place next Thursday.Cox, an ardent supporter of EU membership, was shot and stabbed in the street in her electoral district in northern England on Thursday.Wearing a grey sweat shirt and trousers and flanked by two security guards, 52-year-old Thomas Mair was asked his name by a clerk at Westminster Magistrates' Court in London."Death to traitors, freedom for Britain," Mair said. When asked again what his name was, Mair calmly repeated: "My name is death to traitors, freedom for Britain.""Bearing in mind the name he has just given, he ought to be seen by a psychiatrist," Deputy Chief Magistrate Emma Arbuthnot told the court.Mair, balding with a grey goatee beard, made no further comment in the 15-minute hearing, his first appearance in public since police arrested him in the town of Birstall, Yorkshire, where Cox was killed.His brief comment in court furthered suggestions that the attack was politically-motivated as it echoed the message put forward by those supporting a so-called Brexit that leaving the EU would be a vote for freedom.The case is also being by handled by the counter-terrorism unit of Britain's Crown Prosecution Service.Prosecutor David Cawthorne told the court that those who witnessed the attack said Cox had been repeatedly stabbed and then shot three times as she lay on the ground.Her attacker was heard saying "Britain first, Keep Britain independent, Britain always comes first," Cawthorne said. When he was arrested by police he told them "I'm a political activist," the prosecutor told the court.Material relating to far right ideology was found in a search of his home, Cawthorne said.Mair is charged with murder, causing grievous bodily harm, and possession of a firearm and a knife. He was remanded in custody and will appear at London's Old Bailey court on Monday.The killing has shocked the nation. Both sides have temporarily suspended campaigning ahead of Thursday's vote, which has far reaching implications for both the EU and Britain.A British exit from the EU would rock the bloc - already shaken by differences over migration and the future of the euro zone - by ripping away its second-largest economy, one of its top two military powers and by far its richest financial center.Pro-Europeans, including former prime ministers Tony Blair and John Major, have warned that an exit could also trigger the break-up of the United Kingdom by prompting another Scottish independence vote if England pulled Scotland out of the EU.