Teacher survey: More than half of teachers subject to violence

Teachers are trying to create worthy deterrence and are seeking to pass new legislation that would make attacking a teacher a criminal offense. 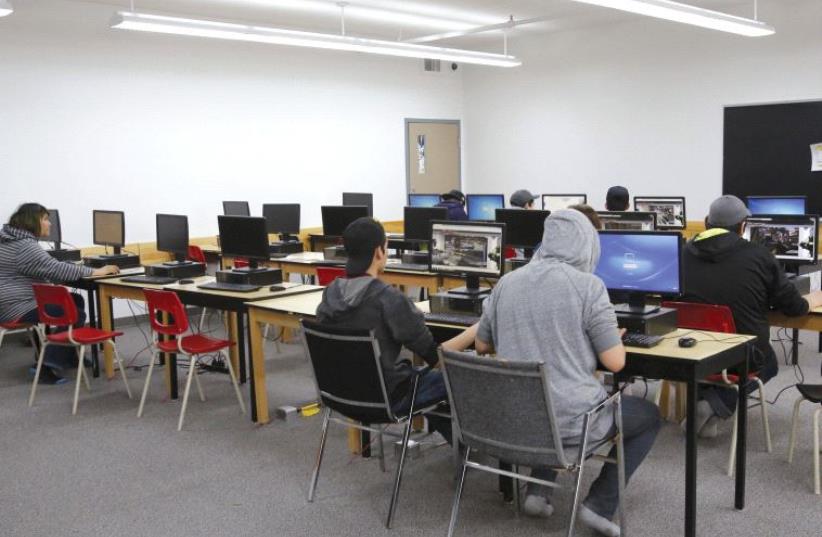 Students in a classroom.
(photo credit: REUTERS)
Advertisement
More than half of all teachers have been subjected to verbal violence by pupils, according to an annual survey on violence in the educational system released on Tuesday by the Secondary Teacher’s Association.The survey by the Geocartography Institute was conducted among 400 high school teachers representing a cross-section of Israeli society and its educational streams.According to the report, 55% of teachers were verbally assaulted by students while 5% were physically assaulted. Another 5% of teachers said their property had been vandalized by a student and 8% said they had been sexually harassed at work.The survey further found that some 41% of teachers experienced violence in 2017, including verbal assaults, threats, and degradation from the parents of students.According to the findings, the trend in violence against teachers is increasing.The report found that verbal violence in the secular education system increased from 55% last year to 63% in 2017.The state-religious and Arab education systems, in contrast, showed decreases in verbal violence against teachers, though the Arab sector saw a 7% increase in physical violence.The Israel Police reported a total of 749 incidents of school violence to date in 2017, of which 433 included adult victims and 307 included minors.Ran Erez, chairman of the teacher’s group said on Tuesday that the annual report showed violence against teachers has continued from year to year and that the incidents have become more severe.Erez slammed the Education Ministry for not doing enough to curb the phenomenon and said, as a result of its failed policies and in the wake of the report, the association decided to take its own measures.In the past, he explained, whenever there was a violent incident, those who were involved would go on strike for a few hours in protest and the student would most likely return to the classroom.The teachers, Erez said, are trying to create a deterrence to violence in the schools and are seeking legislation that would make attacking a teacher a criminal offense.