A Tel Aviv police spokesman said that it appears that a flare or firecracker the boy was playing with exploded. 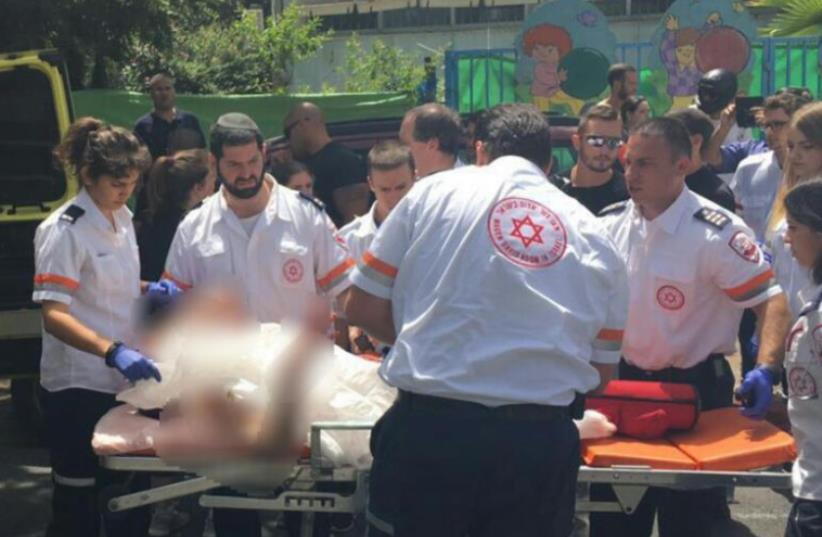 Child hurt in explosion, cause unknown
(photo credit: MDA)
Advertisement
A teenage boy was seriously wounded in an explosion outside of a kindergarten on Tel Aviv's Aliyat HaNoar Street on Wednesday, according to MDA.A Tel Aviv police spokesman said that it appears the object that exploded was a flare or firecracker the child was playing with, and not a bomb or grenade.MDA paramedics transported the approximately 14-year-old-boy to Sourasky Medical Center in Tel Aviv.MDA medic Eran Carmel described the scene: "In the courtyard of the house we saw an approximately 14-year-old boy lying on the floor, with a woman putting pressure on the wound to stop the flow of blood. "The boy was fully conscious ans suffering from a wound to his upper body, Carmel added.