The mother was reportedly distraught after her 12-year-old son died on Thursday. 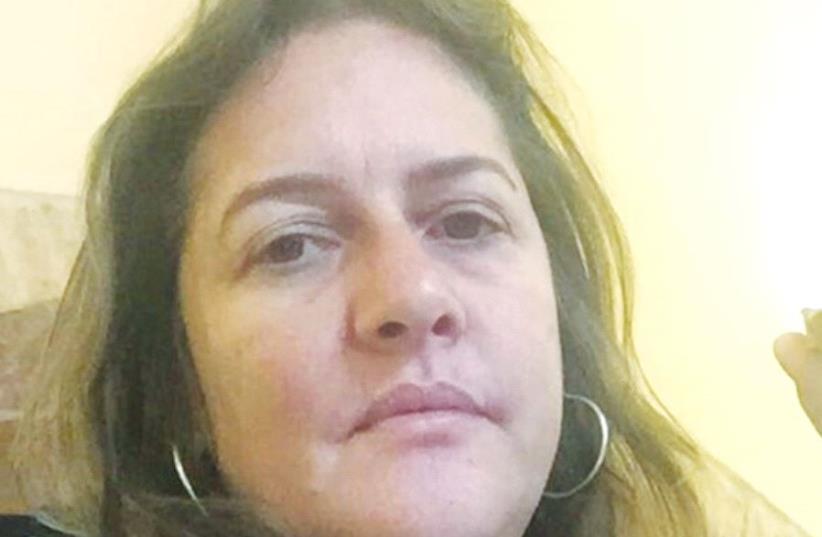 Sivan Laviah
(photo credit: ISRAEL POLICE)
Advertisement
Police located the body of Sivan Laviah one day after the mother disappeared, and two days after her son died.The woman’s body was found at a construction site on Yigal Alon Street in Tel Aviv, after the victim either fell or jumped from a great height.Laviah, 26, was staying at her mother’s house in the Givatayim suburb of Tel Aviv on Saturday morning when without giving notice, she left. A command center in the Yiftach subdistrict police station was established to coordinate more than 100 police and volunteers who searched throughout the area on Saturday night.The boy and his mother were cleaning their apartment when it caught fire on Tuesday, forcing them to leave. They returned on Thursday and later that evening fell asleep. The boy’s grandmother – after not being able to reach her daughter by phone – summoned paramedics.Responders arrived and pronounced the boy dead at the scene.An autopsy on the boy’s body was concluded on Sunday by the L. Greenberg National Institute of Forensic Medicine. However, the cause of death could not be determined and additional tests are being conducted, though some in the media have speculated that toxic fumes from Tuesday’s fire were to blame.Laviah, who was taken to Sourasky Medical Center on Thurdsay, had been treated for smoke inhalation and discharged to her mother’s house.Police told the family to stay with Laviah during the difficult period after the boy’s death. Several women in the family went to the grandmother’s home on Friday. On Saturday, when the grandmother awoke at 7 a.m., Laviah’s room was empty.While thousands of missing persons reports are filed with the police every year, around 60% of cases are solved in the first 24 to 48 hours. If a missing person is not found within two days, the chance of their being found drops significantly.Paris police seeking motive in Jewish woman’s murder • By RINA BASSIST Jerusalem Post correspondent PARIS – French police continued Sunday to investigate the murder of Sarah Attal-Halimi, a 67-yearold Jewish woman from Paris, who was hurled to her death from her apartment window last week.A 27-year-old Muslim man who lived on the floor beneath the victim was detained shortly after the incident. Following a preliminary investigation, the suspect – apparently known to the police as a small-time criminal – was sent for psychiatric evaluation.The incident has caused a storm within the Parisian Jewish community, with many claiming that the act was motivated by antisemitism. Joel Mergui, president of the Consistoire, said Tuesday that the community must allow the police to investigate the incident before branding it antisemitic, though he described the circumstances of the incident as “troubling.”On Friday, Mergui together with Chief Rabbi of France Haim Korsia and several other Jewish leaders met with Paris Prosecutor François Molins.CRIF, the umbrella organization of French Jewry, said the purpose of the meeting was to convey the distress in the Jewish community over the unanswered questions surrounding Halimi-Attal’s murder. CRIF expressed its confidence in the officials leading the inquiry, and asked French Jews to refrain from publishing unfounded information on social networks.The prosecutor informed the Jewish leaders that at this stage, they do not have any evidence that the crime was antisemitic.Halimi-Attal was buried in Jerusalem’s Givat Shaul cemetery on Thursday. Sources from CRIF told The Jerusalem Post that the investigation is expected to take several days. Police are waiting for Halimi-Attal’s family members to return to France after the shiva in Israel, to see if they can shed more light on the circumstances of incident.On Sunday morning, hundreds of family members, friends, neighbors, and Jewish leaders took part in a “White March” through the streets of Halimi-Attal’s neighborhood, ending at the building where she lived. Participants recited the Kadish prayer for the deceased. Carrying white roses, they called for a full investigation into the incident.