The demolition will make way for a light rail station at the site as part of the construction of the Red Line – the first in the new rail system – which began earlier this month. 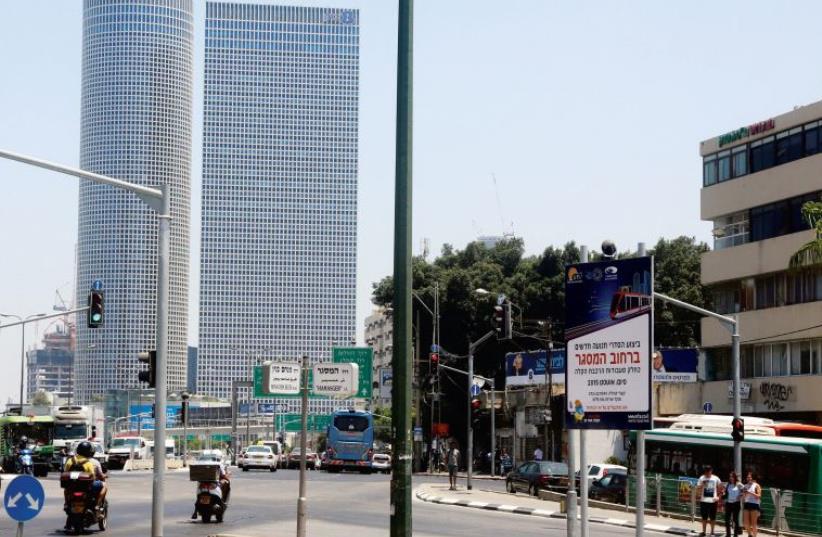 A sign warns of upcoming light rail construction on Tel Aviv's Hamasger Street
(photo credit: MARC ISRAEL SELLEM)
Advertisement
If you hear a blast in central Tel Aviv Friday morning, don’t be concerned. Police announced Wednesday that plans had been finalized for the demolition of the iconic Ma’ariv Bridge, to make room for construction of the Tel Aviv Light Rail’s first line.Police are making preparations for the public to observe the explosion that will take down the overpass, and said Wednesday there would be a viewing section for the public, as well as a press section.On Wednesday afternoon, police were already closing streets around the bridge, which takes traffic from Menachem Begin Street over the junction with Lincoln, Carlebach and Yitzhak Sadeh streets.The areas that will be closed to traffic are Menachem Begin Street north from Harakevet Street, and southbound from David Hachami Street; Hamasger Street and Yitzhak Sadeh in the direction of the junction; Yehuda Halevi Street; and the area around Beit Rubinstein. Public transportation lines running in that area will be diverted to a section of Hamasger Street.Transportation Minister Israel Katz will detonate the explosives affixed to the bridge.Dedicated in 1976, the overpass has become a local landmark and an icon of the central Tel Aviv landscape. It was named for the headquarters of the Ma’ariv newspaper, which occupied the corner of Carlebach and Menachem Begin for decades until the paper was sold in 2012 and later vacated the premises.The demolition will make way for a light rail station at the site as part of the construction of the Red Line – the first in the new rail system – which began earlier this month.