Aryeh Bar-Natan shot himself at his fallen son's grave at Mount Herzl. 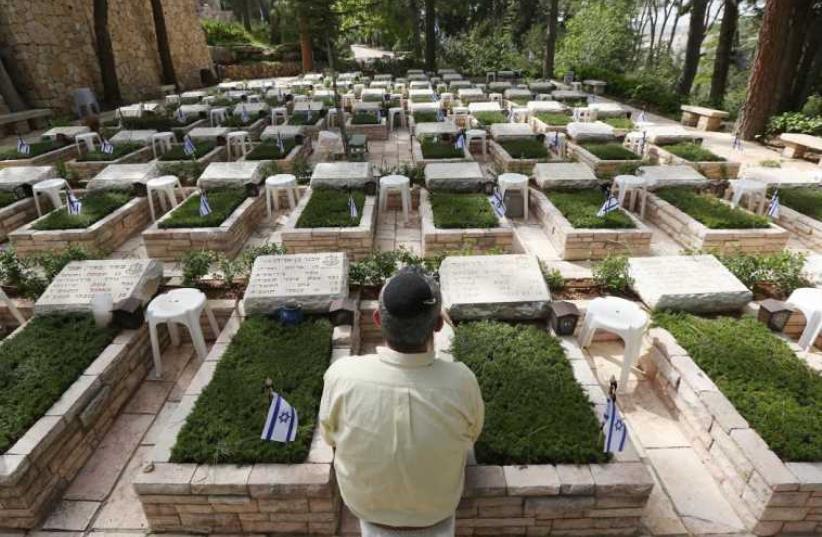 Mount Herzl military cemetery
(photo credit: MARC ISRAEL SELLEM)
Advertisement
The grief-stricken and terminally ill father of a soldier killed in combat in Lebanon in 1992 took his own life at his son’s Mount Herzl grave in Jerusalem over the weekend.According to numerous reports, Aryeh Bar-Natan, a founder of the Mitzpe Yeriho community situated between the Dead Sea and Judean Desert, shot himself on Friday at the IDF cemetery.His son, identified as Haim, was Bar-Natan’s only child, it was reported.Noting the elder Bar-Natan’s prominent leadership within his community, the Mitzpe Yeriho’s council described him on Sunday as “a unique person in his contributions.”“Since the tragic death of his son Haim, he worked to memorialize [Haim] in various ways,” the council said, adding that among Bar-Natan’s contributions was an annual Shabbat event featuring a gathering of the country’s leading cantors.Following his death in Lebanon, Bar-Natan’s commanders described him as a “soldier with amazing motivation, who left his mark on our company, despite the short time he served with it,” Ynet reported.His father suffered from an unidentified form of cancer for two years. It remains unclear if he was seeking regular medical treatment.To help soothe his pain, a friend of Bar-Natan told the news site that “whenever he felt unwell, he would drive to the cemetery to sleep on his son’s gravestone, and would say the following morning that he was feeling better and that it was preferable to any medical treatment.”Shmuel Meniv, another friend, told Ynet: “The boy was everything to him, and after he died, he was always grieving.The father moved to a small community and established a park in his son’s name. He was planning to make the spot a place where schoolchildren could visit and learn about Israel’s heritage.”