Dozens of scattered pig parts were splayed on road after door hinge breaks on truck transporting load to a local hot dog factory. 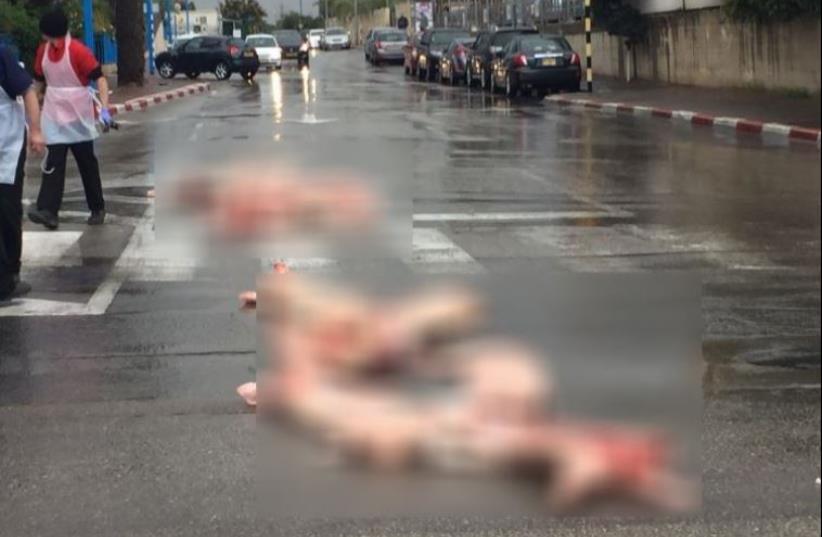 Pig parts fallen onto street in Rishon Lezion, December, 14, 2015
(photo credit: RISHON LEZION MUNICIPALITY)
Advertisement
A vehicular malfunction in Rishon Lezion on Monday morning left an odd and un-kosher scene on one of the city's streets. Dozens of scattered swine parts were splayed on the road after a door hinge broke on the truck transporting the load to a local hot dog factory. Some 25 pig parts, comprising about a ton of pork meat, fell from the truck traveling from a vendor in the North. Veterinary Services workers were called to the scene to help collect the fallen meat and transfer it to a biological disposal center. The truck involved in the incident was undergoing checks. "At around 8:30 a.m. we received a report about the pig parts that fell from a vehicle that arrived from the North and was on its way to a sausage factory in the city," said Dr. Tomer Nisimian, the lead doctor for Rishon Lezion's Veterinary Services.