There are a number of programs, including Gala Screenings, Panorama and Israeli cinema, as well as competitions for narrative films and documentaries. 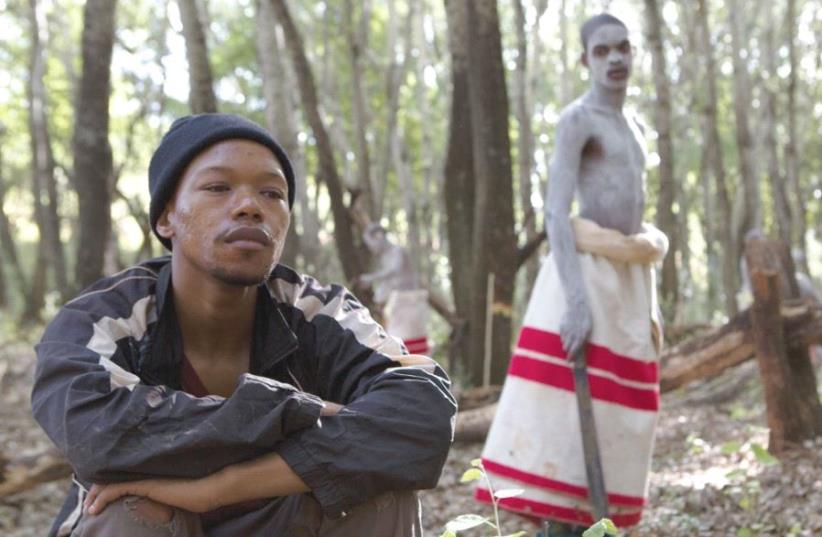 JOHN TRENGOVE’S South African film ‘The Wound'
(photo credit: Courtesy)
Advertisement
The most festive of Israeli film festivals, the 12th TLVFest, the Tel Aviv International LGBT Film Festival, will run from June 1 to June 10 at the Tel Aviv Cinematheque.It’s a much-anticipated part of Pride Week in Tel Aviv, and it features dozens of films from Israel and abroad, as well as events with filmmakers and actors from around the world.The parties are an event in themselves, and some attend the festival just to party.Among the festival’s guests are Mink Stole, the actress who starred in several of John Waters’ iconic shockfests, among them Female Trouble, which will be shown in a special screening at the festival, with Stole in attendance.Gigi Gorgeous, the subject of Oscar-winning Barbara Kopple’s documentary This is Everything: Gigi Gorgeous, will attend a screening of the film. Gorgeous was Gregory Lazzarato, a young Canadian diver and Olympic Games hopeful, who went online, launching Youtube makeup tutorials and who eventually became a woman.Acclaimed German director Monica Treut’s film Of Girls and Horses will be part of the festival. It’s about a troubled young woman sent to a farm who finds that her experiences with nature and the farm staff changes her profoundly.The opening night film of TLVFest will be the Israeli premiere of The Wound, directed by John Trengove.It’s a South African film about Xolani, a lonely factory worker, who travels to the mountains with the men of his community to initiate a group of teenage boys into manhood, and tries to hide the fact that he falls in love with a young man there.The closing night film is There is a Light, by Fabio Mollo, who will attend. It tells the story of 30-yearold Paulo, who is undergoing a crisis after breaking up with his partner, runs into a self-destructive homeless woman and goes on a road trip with her.There are a number of programs, including Gala Screenings, Panorama and Israeli cinema, as well as competitions for narrative films and documentaries.Among the films in the Israeli Cinema section are Ilan Peled and Yair Qedar’s Bebe, a mockumentary about a fictional transgender actress, Bebe Goldberg, a Holocaust survivor who undergoes a sex change and becomes a cabaret star, which its directors call, “the collective biography of a generation.”Alon Weinstock’s That’s Gila, That’s Me looks at the life of Gila Goldstein, a former professional soccer player who was one of Israel’s first transgenders, and who became a Tel Aviv icon, known for fighting for social justice.Yair Hochner’s Good Boys is dedicated to the memory of Goldstein, who has a role in the film. The movie is about love among transgender prostitutes.Rubi Gat’s documentary, Dear Freddy, tells the unusual Holocaust story of Freddy Hirsch, a homosexual Jew who ran a daycare center for hundreds of children at Auschwitz. The film features interviews with some of the children he cared for, and solves the mystery of his death on the eve of a revolt.He’s My God, too, is a documentary by Ze’vik Gordetsky and Assi Azar about Azar’s decision to marry his partner in a civil ceremony in Spain and his struggle to make his wedding as Jewish as possible, in keeping with his own strong faith in God.Karni Haneman’s F#ck You Jessica Blair tells the story of a love affair between two young women, one Israeli and one American.Many of the Israeli directors will attend the festival, including Tomer Heymann, who will be present at a screening of his documentary about Batsheva artistic director Ohad Naharin, Mr. Gaga, which was shown at the festival last year and which has been shown to more than 130,000 viewers around the world, a huge number for a documentary. If you haven’t seen it yet, this would be a great opportunity.

To find out more, and to buy tickets, go to the festival website at tlvfest.com.