The enduring mystery of an ancient Egyptian king’s smashed sculpture

The sculpture was crafted out of “a piece of graywacke, a metamorphic rock only quarried in the ancient Near East in Wadi Hammamat,” supporting the notion that the artifact came from Egypt.

By DANIEL KLEO GIOSUÈ EISENBUD
The unidentified sculpture of an ancient Egyptian king discovered near the upper galilee in 1995.
(photo credit: Courtesy)
Advertisement
During a 1995 excavation in the ancient city of Hazor in the upper Galilee, archeologists discovered a mysterious millennia-old smashed sculpture of a head detached from a statute they believed was modeled after an Egyptian king.Over two decades later, following its careful reconstruction, researchers still have been unable to identify the sculpture’s model, or reason for its destruction, archeology website Ancientorigins.net reported Sunday.The mysterious head is discussed in the book Hazor VII: The 1990-2012 Excavations, the Bronze Age, and was recently examined in a report by Dimitri Laboury, a senior research associate at the Belgian National Foundation for Scientific Research at the University of Liège, and Simon Connor, a curator at the Museo Egizio in Turin, Italy. 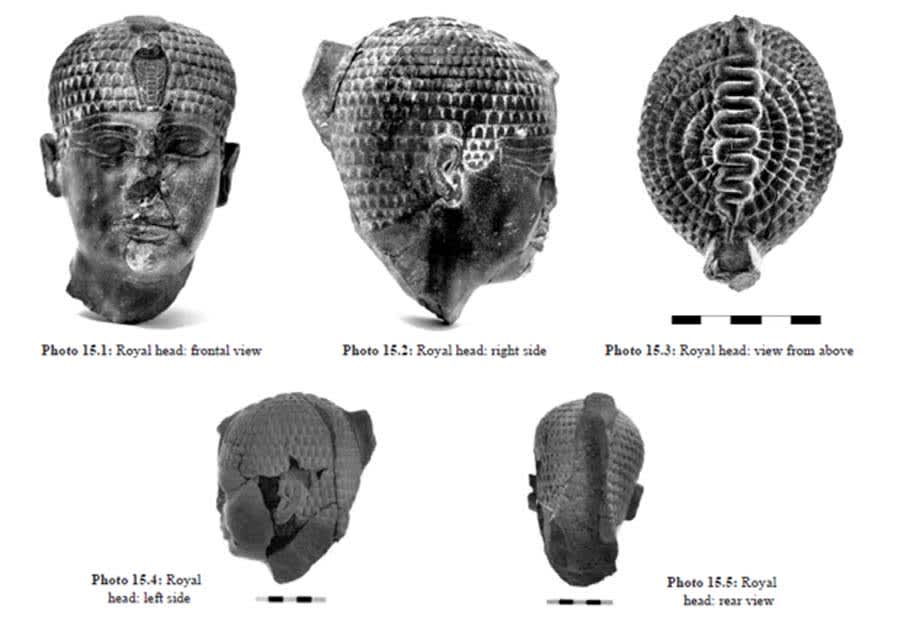 “The person depicted wears a short, close-fitting curled capwig, topped by a uraeus, the solar cobra that rises above the forehead of Pharaoh in ancient Egyptian iconography, thus identifying our character as a king of Egypt beyond any doubt,” the researchers wrote.“The thin, high and somewhat irregular stone projection behind the head suggests that the statuette, almost half life-size, was not free-standing, but was leaning against a dorsal panel or a back slab, possibly within a group sculpture, along with a divinity or a female consort (or even a doubled royal representation).”According to Laboury and Connor, the sculpture was crafted out of “a piece of graywacke, a metamorphic rock only quarried in the ancient Near East in Wadi Hammamat,” supporting the notion that the artifact came from Egypt.While they were able to pinpoint its creation to the 5th Dynasty (ca. 2465-2323 BC), during which nine pharaohs ruled, the similar physiognomy and typology of the sculptures of that period made it virtually indistinguishable from the others, the researchers said.Adding to the confusion, over the course of nearly 30 years of excavations at the site, fragments from 18 unidentified Egyptian statues dedicated to Egyptian kings and officials – including two sphinxes – were also discovered at Hazor.The researchers postulate that the statues, including the one in question, may have been sent to the king of Hazor as official gifts, or were intended as dedications to a local temple.Before Hazor was conquered and destroyed by a large fire in the mid-13th century BC, it was the largest fortified city in the country and maintained commercial ties with Babylon and Syria, from where it imported large quantities of tin for the bronze industry. 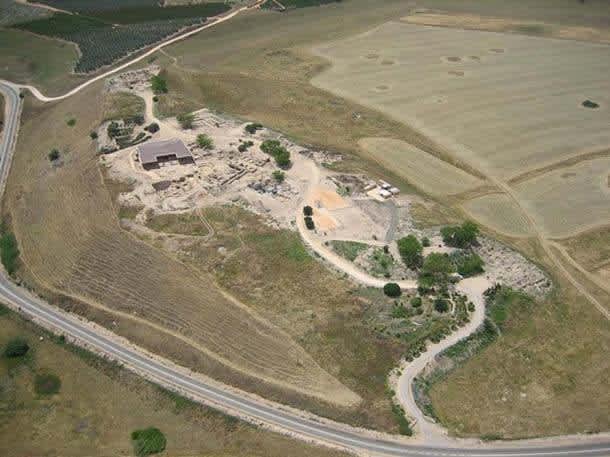 Despite the city’s destruction, the researchers contend that the pharaoh’s sculpture may have been deliberately shattered as part of a common practice to mutilate or destroy the statues of kings and dignitaries found during the conquering of towns.Regardless, the enduring mystery of who the sculpture was of continues to vex all who research it.