The former 'Godfather' of Israel sentenced to 20 years in jail 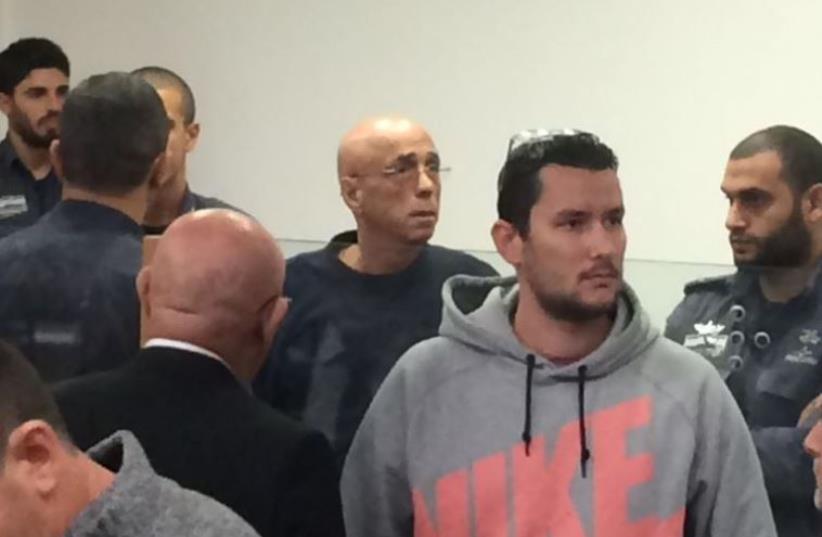 Eitan Hiya (C) in court, February 25, 2016
(photo credit: MOR SHIMONI)
Advertisement
Eitan Hiya, the one-time head of a New York-based Israeli crime organization was sentenced in the Tel Aviv District Court on Thursday to 20 years in prison on offense related to extortion and violence. The 62-year-old's sentence also included a NIS 2.5 million forfeiture along with a NIS 1.5 million fine. Upon entering the court Thursday, Hiya said: "This is a democratic country, every day people are randomly sent to jail. I am also protected."The court room was full of family members, police officers and Israel Prison Service personnel. Upon hearing the verdict, his children burst into tears, crying "Dad, be strong!"The case revolved around a wedding hall in central Israel, whose owner, one of the plaintiffs, told police that Hiya and eight other suspects, including the manager of an Israeli Premier League soccer team, had extorted money from him.In December, Hiya was convicted on three counts of extortion through the means of collecting interest on monetary loans, using a fragmentation grenade, conspiring to commit a crime and offenses of money laundering and tax evasion. Hiya was acquitted of two charges of extortion. Together with Hiya, nine others were convicted. Hiya's name first made waves in Israel when he was named the “Godfather of the Israeli mob in the US” for the years he spent running a New York-based Israeli criminal organization that trafficked drugs into and along the East Coast in the ’80s and ’90s. The crime syndicate made money extorting Israeli business owners in the US.Hiya has served time in prison in the US and in Israel.After returning to Israel in 2003, he began running gambling rackets across the country’s central region. In the years since his return, he has been connected to a number of underworld murders, most of them involving people who testified against him to police.Ben Hartman contributed to this report.