In Pictures: Thousands hike at midnight to visit Joshua’s grave

Israelis cannot typically visit the graves, except for on special occasions in the middle of the night when the IDF shuts down a section of the village to allow for their safe passage. 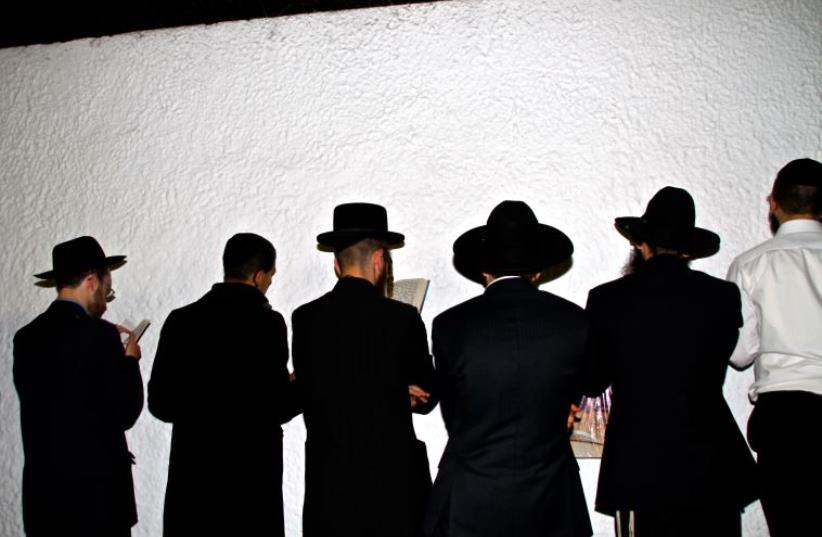 Outside of Joshua's Tomb in the Palestinian village of Kifl Haris
(photo credit: TOVAH LAZAROFF)
Advertisement
Maayan Yaacov delayed his flight back to the United States so that he could join some 10,000 pilgrims from across the country who hiked late Tuesday night into the Palestinian village of Kifl Haris to visit the tomb of the biblical leader Joshua Bin Nun.A small stone-and-stucco mausoleum covered by a dome marks Joshua’s grave in the center of the village. It sits on the edge of an open square surrounded by apartment buildings and stores.Nearby are the graves of Joshua’s father, Nun Ben Elishama, and Calev Ben Yefuna – who together with Joshua were the only two of the 12 spies sent out by Moses who trusted that God would bring the Jews safely out of the desert and into the Land of Israel.According to Joshua 24:30, the leader of the 12 tribes of Israel was buried in the former Timnath-heres, today called Kifl Haris, located near the city of Ariel.For the last decade thousands of worshipers have visited the tombs on Nissan 26, the annual commemoration of Joshua’s death. The Samaria Regional Council in conjunction with the IDF organize three trips a year to the tombs.Israelis are allowed to visit only during these midnight trips when the IDF shuts down a section of the village to allow the worshipers safe passage.(Photo taken by: Tovah Lazaroff - outside Joshua's Tomb)Yaacov, who last visited the Kifl Haris tombs five years ago, had not been thinking of the biblical figures’ graves when he left New York to spend Passover with his family in Israel.“I had planned to fly back to New York on Monday evening, but I heard about the event so I delayed my flight until tomorrow night so I could celebrate with the rest of the people of Israel, to receive a blessing, and to return to the US with a good feeling,” he said.He called a friend in Brooklyn and asked if she wanted him to say a blessing for her. She gave him not just her Hebrew name, but that of her whole family so he could ask for a blessing at the tomb on their behalf from the rabbis that would be there.“It was a good feeling,” Yaacov said.(Photo taken by: Tovah Lazaroff - outside Joshua's Tomb)Standing there reciting Psalms, he said he could viscerally feel the site’s holiness and appreciate Joshua’s role as the military leader who brought the Jewish people into the Land of Israel, and began its conquest.Under a starry sky the pilgrims hiked some 20 minutes into the village square, which was packed with worshipers, many of them hassidim.Soldiers with green flashlights directed the throng through the village’s twisting lanes.Some of the visitors strummed guitars, banged on drums, sang and danced. Others prayed beside the walls of Joshua’s grave. Only a handful of worshipers can squeeze into the tiny shrine at any one time. A few worshipers clambered onto the tomb’s domed roof to pray.(Photo taken by: Tovah Lazaroff -outside Calev's Tomb)Yaacov was one of the privileged few who was able to ride into the village, because he entered with his childhood friend, MK Oren Hazan.“It is amazing to see the crowds of Israelis who have come here late at night to visit Joshua’s grave, who was secondly only in greatness to Moses. He was our first general and he led the way into the land of Israel,” Hazan said.There is a direct link, Hazan said, between Joshua’s actions as the first military leader to capture the land on behalf of the Jewish people and the modern Jewish people who have returned to their biblical homeland in the heart of Samaria.“We have to continue with this mission to redeem the land, so that we can finally be a free people in our land,” Hazan said.(Photo taken by: Tovah Lazaroff- outside Calev's Tomb)As he left, he stopped to thank the soldiers guarding the route, shook their hands and gave them his personal cellphone number so they could call him should they need anything.Hazan also paused to take a selfie by a monument topped by Palestinian flag. 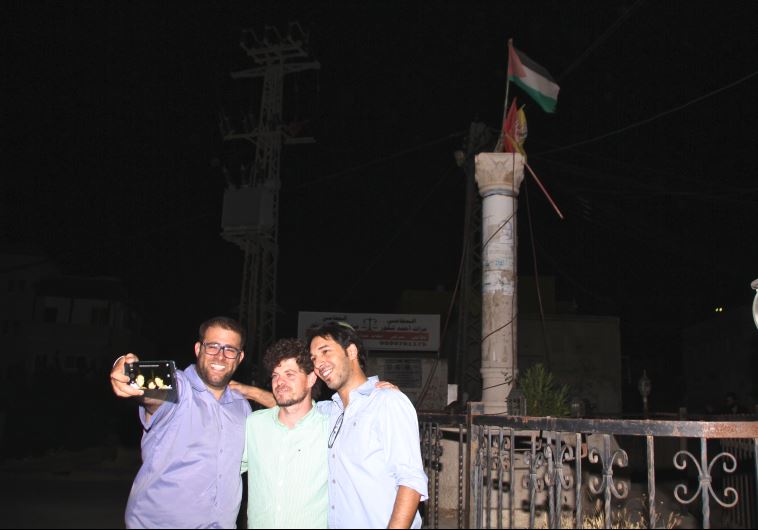 (Photo by: Tovah Lazaroff- MK Oren Hazan and his friend Maayan Yaacov)Samaria Regional Council head Yossi Dagan said that he views Joshua as Israel’s first general.(Photo taken by: Tovah Lazaroff outside the Tomb of Joshua's father, Nun)“We have come here precisely because Joshua Bin Nun and Calev Ben Yefuna had the strength to stand against the 10 other spies and to say the land is good, let us rise up and inherit it,” Dagan said.“We draw strength from Joshua and from the thousands who came here,” he said.(Photo taken by: Tovah Lazaroff, girls praying on top Joshua's Tomb)