Thousands of explosives seized from neighborhood in east Jerusalem

The explosives, including fireworks and pyrotechnics were found during inspection of house in the neighborhood of Jebl Mukaber. 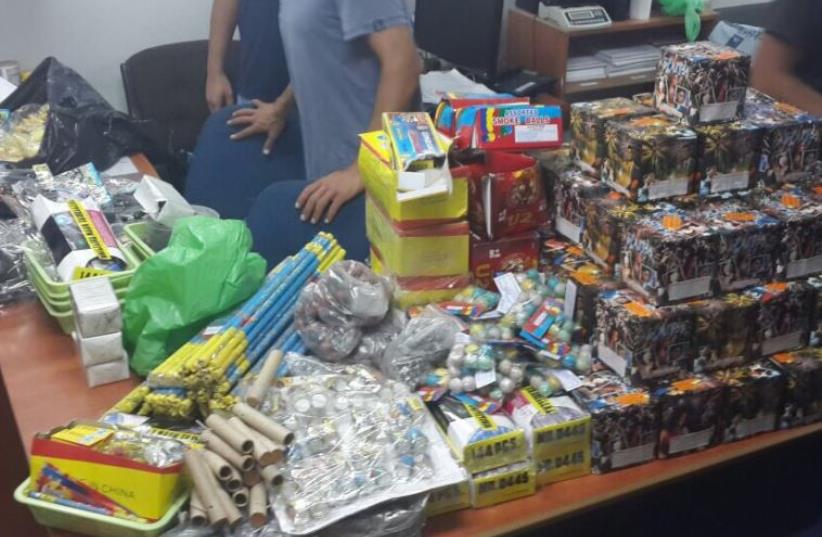 Explosives found on the scene including fireworks and plastic weapons
(photo credit: COURTESY ISRAEL POLICE)
Advertisement
A large collection of explosives and pyrotechnic equipment were seized by Border Police on Wednesday during a search of a home in the east Jerusalem neighborhood of Jebl Mukaber.Among the explosives found were hundreds of fireworks, firecrackers and dozens of plastic handguns and rifles. Police arrested a man in his 20's, and were investigating the circumstances surrounding the incident.Jerusalem District Commander Moshe Edri praised the work of the Border Police, stating "pyrotechnics constitute a real threat if used against police or civilians. Jerusalem police will continue collecting intelligence and implementing the law, for the security of all the residents of Jerusalem."Explosives seized by police (Courtesy of Israeli Border Police)Rioters in east Jerusalem have in the past used fireworks as a weapon against authorities.