Three arrested in suspected murder of teenager in Ramle

A police source said the circumstances of the case are under investigation and said that police “do not yet have a clear picture” of the case. 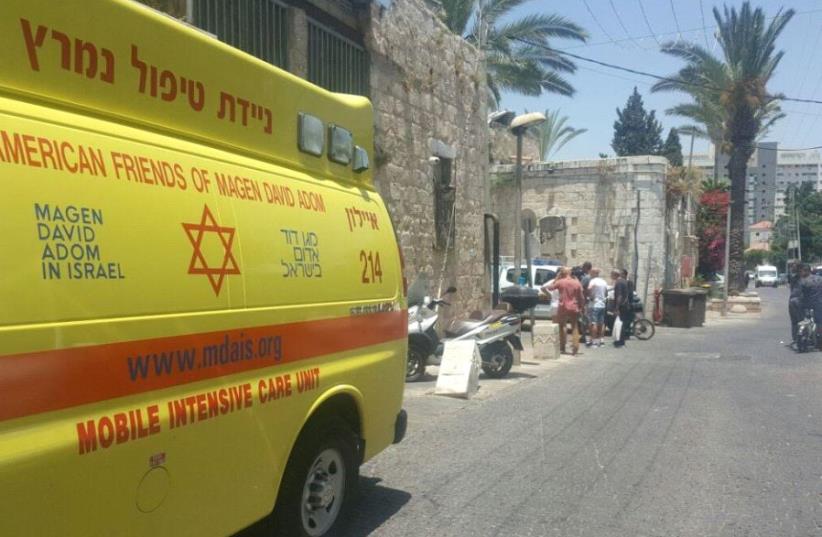 Photo of the scene outside the apartment in Ramle, where an a 17-year-old woman was found dead on Tuesday.
(photo credit: COURTESY MDA)
Advertisement
Police arrested three family members of a 17-year-old woman who was found dead with signs of violence on her body in a Ramle apartment on Tuesday. A police source said the circumstances of the case are under investigation and said that police “do not yet have a clear picture” of the case.” A gag order was issued on every detail of the investigation by the Rishon Lezion Magistrate’s Court on Tuesday. Magen David Adom paramedics responded to a report of a wounded woman in the central Israeli town at 11:50 a.m. and found the victim, Henritte Kara, with signs of violence on her upper body. “When we arrived we entered the home where we saw a young woman of about 20 who was unconscious and with no pulse or breathing, she had signs of violence on her upper body,” MDA paramedic Yosef Ismail said, “We performed medical examinations but she did not have any signs of life and we determined her death at the scene.”According to Hebrew media reports, the killing came a day after the victim graduated from high school. The victim is reportedly related to newly appointed Supreme Court judge George Kara, who heard about the killing while attending a swearing in ceremony on Tuesday.Following the incident, Joint List MK Aida Touma-Sliman, who chairs the Knesset Committee on the Status of Women and Gender Equality, said “apparently women’s lives are abandoned in this country” and called for the adoption of an action plan that was formulated six months ago to combat violence against women. "A woman was found dead in Ramle, with stab wounds on her body. This is the second woman murdered today, and the 13th woman who lost her life since the beginning of 2017," said Joint List MK Dov Khenin, who called for a national program to reduce violence against women. The killing follows a string of murders of women in the past few months, including the suspected murder of Maya Goren, 41, in Bat Yam Saturday night. Goren’s husband was arrested and told police that he killed his wife. In late April and early March three woman were murdered in one week in separate incidents, sparking outrage from women’s-rights activists, especially those in the Arab-Israeli community, against a perceived lack of police efforts to stop such crimes.