Three doctors at Soroka Medical Center committed suicide in 2018/19: Why?

Two more doctors were reported to have been admitted to the psychiatric ward while suffering from severe mental illnesses. 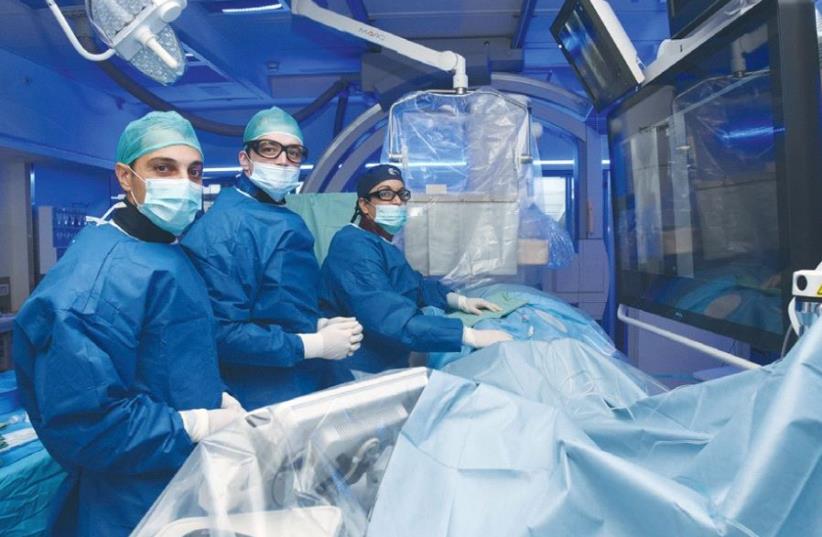 SURGEONS OPERATE at Soroka-University Medical Center in Beersheba.
(photo credit: Courtesy)
Advertisement
Three Soroka Medical Center doctors have committed suicide in the past year and a half, with two more being diagnosed with severe mental illnesses, according to Channel 12.A 57-year-old senior doctor at the hospital committed suicide last week, the hospital released a message claiming his motives were "personal reasons" and that the incident was not connected to the prior ones.In July 2018, Dr. Alex Barzovsky, Head of the Plastic Surgery Department at the hospital, hung himself at the operating room. Two months later, Dr. Avi Shimoni, Head of the Cardiac Intensive Care Unit, also put an end to his life.Two more doctors were reported to have been admitted to the psychiatric ward while suffering from severe mental illnesses."These are different and painful events, with no connection to one another except for the proximity of the times. Their privacy should be respected, and we will not go beyond that," the hospital responded.The hospital further added that "We wish to note that the prevalence of physical and mental illness among health care workers is similar to that of the public. There are plans for escort and professional and personal support for staff, and we work to eradicate the stigma that accompanies mental illness."