The man who has made a career of doing 'huge things' is breaking new ground. 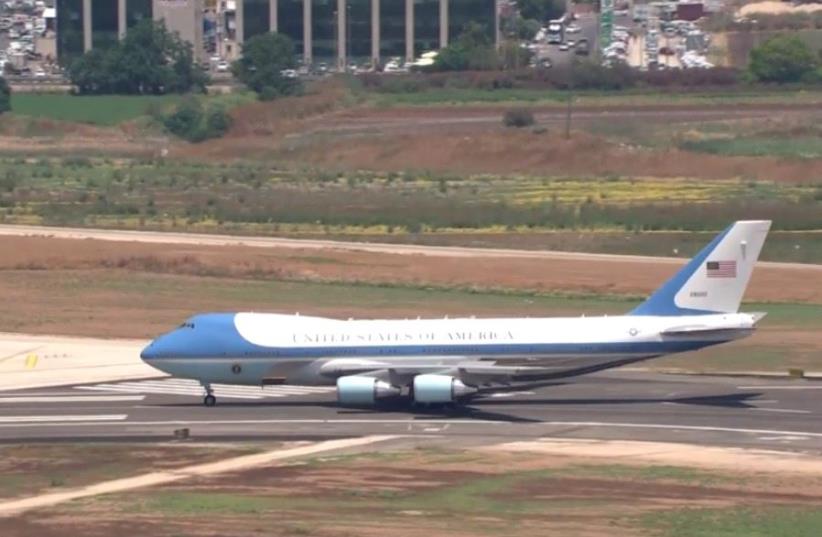 US President Donald Trump arrives in Israel
(photo credit: screenshot)
Advertisement
1.) Historic timing (Reuters)President Donald Trump is the first president to visit Israel so early in his presidency. Richard Nixon, Jimmy Carter, Bill Clinton, George W. Bush and Barack Obama all visited Israel at some point during their stints as US presidents.None, however, came to Israel so early in their presidency. Trump’s visit here will be is second stop during his first foreign trip as president.2.) Western Wall visit Heightened security at the Western Wall for US President Donald Trump (Israel Police)Trump is the first sitting president to visit the Western Wall. Other presidents have stayed away from the Western Wall out of concern that doing so would imply de facto recognition of Israeli sovereignty over territory that came under Israeli control during the Six Day War.While Barack Obama visited the Wall, it was before he became president. US policy has been to view this territory as “illegally occupied.” Official US reference to sites located outside the 1949 armistice line refrain from identifying them with Israel.3.) Riyadh-Tel Aviv route US President Donald Trump and first lady Melania Trump board Air Force One to depart for Israel from King Khalid International Airport in Riyadh, Saudi Arabia May 22, 2017 (Reuters)Trump’s plane flew to Israel on what is believed to be the first direct flight from Riyadh, the capital of Saudi Arabia, to the State of Israel.Israel and Saudi Arabia do not have formal diplomatic ties and while there are believed to be secret channels of communication between the two countries – particularly when it comes to combatting Iran – there are no direct flights between the states.