A year of highlights and lowlights in Israel: Religious and Diaspora affairs.

By JEREMY SHARON
DECEMBER 30, 2018 18:07
PITTSBURGH BEGINS BURYING VICTIMS AS TRUMP VISITS TO ‘PAY HIS RESPECTS’ OCTOBER 30, 2018 (Reuters)
Advertisement
The Jewish character of the State of Israel is the defining aspect of its identity, yet all too often religion and its place in the public domain are cause for division instead of unity, largely due to the politicized nature of religious concerns in the Jewish state. These issues have also affected Israel’s relationship with its brethren in the Diaspora and have led to a straining of that relationship between these two halves of the Jewish people. Growing antisemitism in parts of the globe has also been a cause for concern.Nevertheless, there are still positive stories about both religious life in Israel and the position of Jewish communities abroad. Here are the top five most significant developments and the bottom five most worrying ones of 2018.


1. Austria advances proposals for combating antisemitism across Europe
In a year in which two major studies – one by CNN and the other by the European Union – revealed worrying levels of antisemitic sentiment in Europe, there was some good news emanating from Austria, where Chancellor Sebastian Kurz advanced a series of proposals to combat anti-Jewish hatred. Kurz, who has become a strong friend of Israel, brought these proposals to the European Council, a key EU institution, which adopted large portions of the Austrian framework – demonstrating that the continent is beginning to take the oldest of racial hatreds seriously. 2. New initiative offering Orthodox weddings without the Chief Rabbinate begun 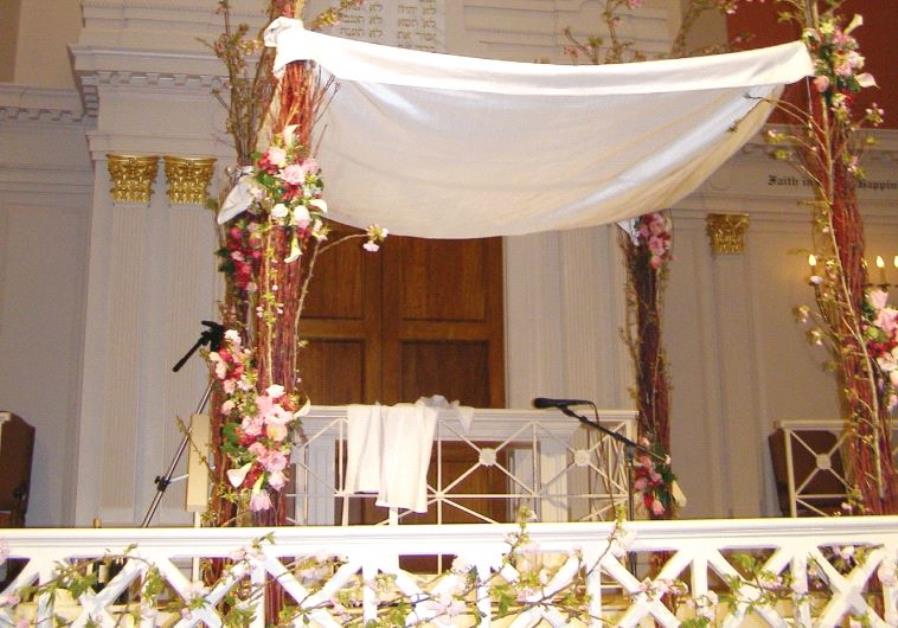 A group of Orthodox rabbis teamed up to create a new organization called Chupot, which offers couples an Orthodox wedding service outside of the auspices of the Chief Rabbinate. The rabbinate has rejected large numbers of Jewish couples for marriage for various reasons in recent years, and Chupot’s goal is to provide those people with an Orthodox wedding in Israel while at the same time hoping to prompt the rabbinate in to moderating its stance on its rigid and bureaucratic demands for proving Jewish status. Greater numbers of couples are likely to marry with Chupot in 2019.
3. Tzohar establishes an independent kashrut systemThe Chief Rabbinate’s monopolistic kashrut authority has been the subject of numerous corruption scandals and reports of poor practice. The problems had piled up so high that the inevitable happened: an independent, grass roots kashrut authority, Hashgacha Pratit (independent supervision), was established to bring competition to the rabbinate’s poor service. In 2018, the popular Tzohar Rabbinical Association took over what Hashgacha Pratit had started and, with its brand recognition, quickly began attracting dozens of restaurants and food businesses to its kashrut supervision. It can only be hoped that this healthy market competition will continue into 2019, which will with any luck bring about an improvement in the rabbinate’s service, too.
4. Government approves aliyah of 1,000 members of the Falash Mura community in EthiopiaThis is a case of the glass being half full, or in this case one-eighth full. The majority of the Falash Mura community has already come to Israel, but some 8,000 people whose parents, children or siblings are already living here remain in their impoverished community centers in Ethiopia. The government approved a thousand of them to come to Israel on the basis of family reunification. Although activists decried the piecemeal way the government has dealt with the issue, the approval for aliyah of another thousand was a milestone on the way to resolving this ongoing problem.
5. Tzviya Gorodetsky gets a divorce through an independent Orthodox rabbinical court after 18 years of refusal A woman who had sought a divorce from her abusive husband for some 18 years was finally freed from the chains of this long-dead marriage – but only through the auspices of an independent, Orthodox rabbinical court, after failing to obtain redress from the state rabbinical courts. Tzviya Gorodetsky’s husband was imprisoned for 17 years but steadfastly refused to terminate the marriage, while the state rabbinical courts decided it could not rule the marriage null, despite the fact that the couple had lived apart for nearly two decades. Then, an independent court, the brainchild of, and convened by, the Center for Women’s Justice and headed by Orthodox rabbi Daniel Sperber, found an innovative interpretation of Jewish law, which it sourced in classic texts of Jewish oral law and its commentaries, to free Tzviya from the marriage. The court freed another woman in a similar situation in 2018, and is deliberating several other cases which will likely be ruled on in 2019.

1. Pittsburgh synagogue shooting
Without doubt, the most shocking and disturbing event in the Jewish world in 2018 was the October massacre at the Tree of Life synagogue in Pittsburgh, Pennsylvania.
The attack saw a radical, antisemitic, anti-immigrant extremist murder eleven Jewish men and women who were attending Shabbat morning services, and injure another seven people, including four police officers. It was the deadliest attack against Jews in US history, underlining concerns of rising antisemitic rhetoric and violence in America, particularly among far-right and white supremacist groups.
2. Jeremy Corbyn, the UK Labour Party and the antisemitism-definition debacleThe UK Labour Party and its leader Jeremy Corbyn decided that they knew how to define antisemitism – which has proliferated among the party’s ranks in recent years – better than the Jewish community itself. Labour therefore adopted a truncated version of the International Holocaust Remembrance Alliance's internationally recognized definition of antisemitism, omitting clauses which seemed designed to allow the numerous anti-Zionists within the party, including Corbyn himself, to deny the Jewish people the right of self-determination afforded to all other national groups without being labeled as antisemitic. After numerous stories emerged of dubious comments and actions by Corbyn, including honoring Palestinian terrorists in Tunisia, the Labour Party finally conceded defeat and adopted the full IHRA definition, albeit naturally with a caveat on criticizing Israel.


3. Rabbi arrested for marrying people in Jewish ceremonies in IsraelAnother low point in 2018 was the arrest of Conservative rabbi Dov Hayun for performing Jewish wedding ceremonies outside of the auspices of the Chief Rabbinate, an action prompted by the Haifa Rabbinical Court and carried out by the police. Hayun was arrested due to a vague and highly problematic clause of the Law for Marriage and Divorce, passed in 2013 by political sleight of hand, leading to the unseemly sight of the Jewish state arresting a rabbi and violating the freedom of religion of the state’s own established creed. The arrest was denounced throughout the Jewish world. The Attorney General’s Office ruled shortly after the incident that the police could not criminally prosecute Hayun for performing weddings.
4. Left-wing, liberal Jews interrogated by Shin Bet for their political opinions at Ben-Gurion Airport and Israeli border crossingsDuring the course of 2018, the Shin Bet (Israel Security Agency) began interrogating a series of Jews, both Israeli and from the Diaspora, regarding their political leanings before allowing them into the country.All of those interrogated either had left-wing political leanings or were perceived as such, and were asked by Shin Bet or border officials to discuss their political activities – and in some cases their opinion of Prime Minister Benjamin Netanyahu. The list of those subjected to political questioning include well-known columnist and author Peter Beinart, as well as an Israeli author and a prominent Jewish philanthropist who has given significant sums to institutions such as the Shaarei Tzedek Hospital in Jerusalem. The source of the directive for the interrogations was never published, but the phenomenon gave rise to concerns of undue political surveillance by the state.

5. The government fails once again to resolve the haredi IDF enlistment conundrumThe inequality inherent in the mass exemptions from military service for young haredi men constitutes a long-running, open wound in Israeli society and has caused severe damage to religious-secular relations. By demand of the haredi political parties, the current government eviscerated the previous government’s (ill-conceived) enlistment law in 2015, but the High Court struck this new arrangement down and imposed a deadline upon the government of September 2018 to come up with another arrangement. Despite two extensions, the government failed to pass an equitable new law, and the coalition promptly collapsed over this very matter – although analysts argued that the haredi enlistment issue was in fact a convenient excuse for the prime minister to go to the polls. Still, this most damaging of societal inequalities continues to plague the country, and a fair solution is unlikely to arrive in 2019.     Edited by Natan Rothstein
Read all of the year's top highlights and lowlights:
IDF | Palestinians | Legal system | Politics | Economy | Diplomacy | Culture | American politics | Settlements
Advertisement
Subscribe for our daily newsletter