In 2012, Bracha made waves when he broke the case against Rabbi Yoshiyahu Pinto, after he recorded the rabbi attempting to bribe him. 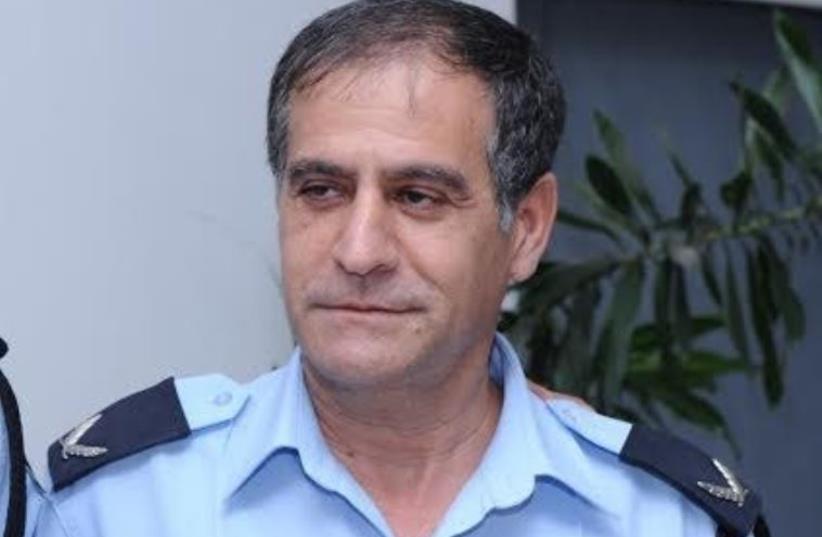 Police Assistant Commissioner Ephraim Bracha
(photo credit: POLICE SPOKESPERSON'S UNIT)
Advertisement
Shock gripped the Israel Police on Sunday as one of its top investigators, National Fraud Squad head Dep.-Ch. Ephraim Bracha, was found in his car, dead of a self-inflicted gunshot wound.The 55-year-old father of four had left his Modi’in home looking emotionally distraught early Sunday morning, family members told the press, and said only that he was going out to get some fresh air. They contacted police, who tracked Bracha’s cell phone signals and found him in his car, not far from his home with a self-inflicted gunshot wound to the heart.In 2012, Bracha made waves when he broke the case against Rabbi Yoshiyahu Pinto after he recorded the celebrity rabbi offering him a $200,000 bribe in return for information about an investigation against the Hazon Yeshaya foundation he ran.Bracha was close to the rabbi and one of his followers. His actions were seen by Pinto and other supporters of the rabbi as an act of betrayal. Many of the rabbi’s followers publicly attacked Bracha, including on social media, from the time he turned the rabbi in.In November 2012, shortly after his arrest, Pinto was taken for a confrontation with Bracha in an interrogation room.According to a transcript of the meeting, which was published by Haaretz in April, Bracha can be heard denying Pinto’s allegations that he took money from the rabbi, saying he was willing to take a polygraph test.Bracha: “If you gave me a shekel – I’m saying a shekel, right? – I will place my head on the guillotine and chop it off...and commit suicide.”Pinto: “Do it.”In May, Pinto was sentenced to a year in prison on a reduced bribery conviction as part of a plea bargain with the state.The ruling also carried a NIS 1 million fine.On June 29, the NGO Citizens for Good Governance and Social and Legal Justice (OMETZ) filed a petition with the High Court of Justice to have Bracha suspended from his position with the police and for the Justice Ministry to make public an investigation against him that had remained classified.The petition followed media reports alleging that Bracha had broken the law in at least two separate investigations.According to OMETZ, in 2012, Bracha tipped off certain suspects that they were about to be arrested as part of a corruption investigation against public officials in Ashdod. The officer allegedly tutored suspects as to what to expect during their interrogation; opened the way for some to leave the country; and arranged for some to return with guarantees that they would not be detained.Next, OMETZ mentioned reports alleging that Bracha had leaked false information to a reporter from Ma’ariv about a police review into Sara Netanyahu and her possible role in financial irregularities at the Prime Minister’s Residence.Following the announcement of Bracha’s death, OMETZ expressed sadness, but called on police to continue investigating the matter.In the past, there were media reports and petitions to the High Court accusing Bracha of illegal involvement in the Pinto case and in the ongoing bribery case against top lawyer Ronel Fisher and former Tel Aviv prosecutor Ruth David.In February of last year, Bracha was in the news after a gag order was lifted, revealing that a decade earlier he had been involved in an investigation in which the identity of a police informant was revealed, endangering the lives of the informant and his family. The informant later won damages from the state for physical and mental distress.Early on Sunday, the Justice Ministry rejected reports from Yoav Yitzhak of News1, who broke many of the stories and allegations relating to Bracha, that the officer had committed suicide in response to a very recent, but unpublicized, decision by the prosecution to open a full criminal investigation against him. The ministry said the allegations were “grossly false.” It also rejected earlier reports by Yitzhak.The ministry issued a statement later in the day saying Bracha was “a devoted and courageous officer who gave his all to the rule of law. For over 30 years he served the police in a series of roles and was one of the leaders of the war against public corruption and crime in general.”Public Security Minister Gilad Erdan sounded a similar tone, praising Bracha for “decades spent as one of the leaders in the war on crime.”Asst.-Ch. Bentzi Sau, the acting national police commissioner, referred to Bracha on Sunday as “one of the best investigators, who left behind a legacy of professionalism and commitment, and was one of the most modest people I’ve ever met.”Bracha was born and raised in the tough Ramat Amidar neighborhood of Ramat Gan, and joined the Israel Police in 1983. In 1987, he became a detective in the Tel Aviv District’s special investigative unit, where he helped lead efforts to end a murderous underworld war in the late 1990s between mobsters from Ramat Amidar and Pardes Katz.For years, Bracha was considered one of the most talented investigators on the national force and was at the center of many of its most sensitive cases. As head of the National Fraud Squad, he ran investigations into corruption by public officials, including the ongoing Yisrael Beytenu case.