Trump, Netanyahu to meet in Davos

This will be the second meeting between top US politicians and Netanyahu this week, following Mike Pence's visit to Israel. 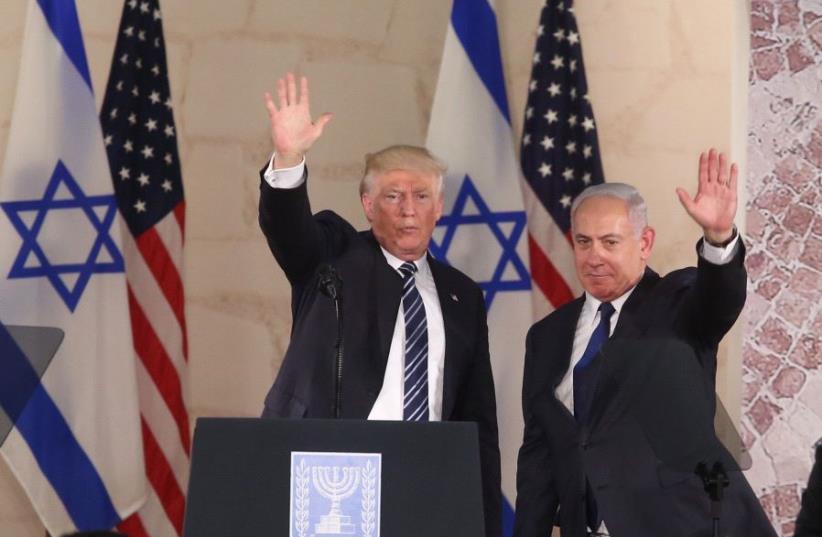 US President Donald Trump and Prime Minister Benjamin Netanyahu at the Israel Museum
(photo credit: MARC ISRAEL SELLEM)
Advertisement
Israeli Prime Minister Benjamin Netanyahu and US President Donald Trump will meet on Thursday on the sidelines of the World Economic Forum in Davos, Switzerland.It will be the fourth meeting between the two men since Trump took office last year.They last spoke face-to-face in September on the sidelines of the opening session of the UN General Assembly.The two men also spoke at length when Trump visited Israel in May and during Netanyahu’s trip to Washington D.C. in February.In Washington Trump said the focus of his Davos trip was economics. “We’ll be talking about investing in the United States again, for people to come in and spend their money in the good old USA,” Trump said.But he, along with Netanyahu, is also expected to speak with world leaders there about his opposition to the Iran deal in its current form.Netanyahu will be delivering a keynote speech at the forum on Thursday, followed by a keynote speech by Trump on Friday.Among the other leaders Netanyahu will meet in Davos are German Chancellor Angela Merkel, French President Emmanuel Macron, Ukraine’s President Petro Poroshenko, Azerbaijani President Ilham Aliyev, and Swiss President Alain Berset.In addition, he is scheduled to meet Canadian Prime Minister Justin Trudeau, Belgian Prime Minister Charles Michel, Dutch Prime Minister Mark Rutte, and the heads of a number of major international corporations.Herb Keinon contributed to this report.