Each bike battery sold for NIS 300-1000, depending on the condition, and all bikes sold for 1,000 shekels whole, or were dismantled and sold as replacement parts. 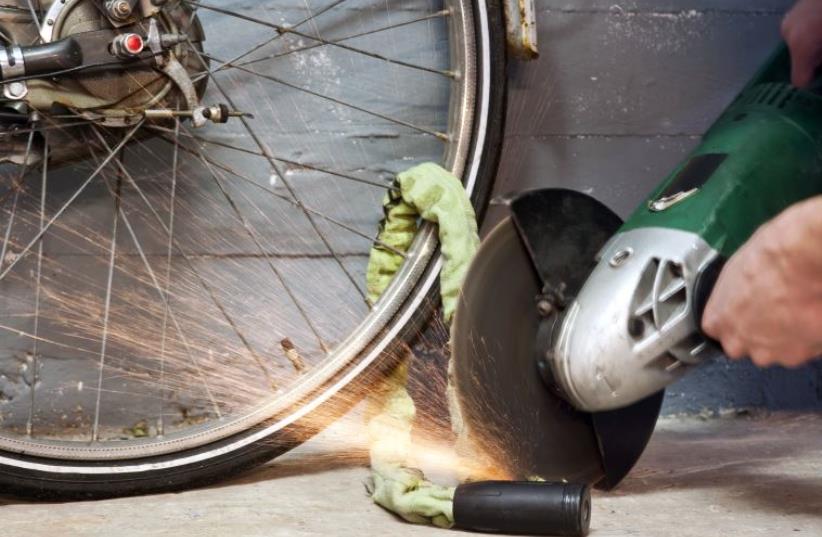 Bike thief
(photo credit: INGIMAGE)
Advertisement
Twelve youths, all residents of Tel Aviv, were arrested last week on suspicion of stealing and selling electric bike parts.According to police, the boys would arrive in small groups and congregate near high schools and shopping centers in Tel Aviv, Ramat Gan and Givatayim, stealing batteries and bicycles to be sold in local stores. Israeli Police contacted school and shopping centers security guards and told them to contact police as soon as they detect any suspicious persons who might be trying to steal batteries and electric bicycles. On Tuesday, a guard at one of the high schools in Ramat Gan reported that three teenagers tried to steal a bike batteries school. The guard took the suspects and sent their photographs to policemen who were nearby. The police, who arrived at the scene a short time later, carried out searches and seized three boys with stolen property.During the investigation, the police also discovered and arrested other teenage boys and claimed they would carry out the thefts in shopping centers and high schools that were known to have large numbers of electric bicycles. The boys also said they would come to school in the afternoon because they knew there would only be one guard on duty who facilitated the act of theft. More than 110 cases of thefts of bicycles and batteries were reported. Each bike battery sold for NIS 300-1000, depending on the condition, and all bikes sold for 1,000 shekels whole, or were dismantled and sold as replacement parts. Researchers say that more arrests of youths are expected in this case, and stressed that the best way to avoid theft is to simply take the battery out when the bike is not in use.