An additional man was left injured in the criminally motivated shooting. Police arrived to the scene following reports of multiple gunshots and discovered the injured men in their car. 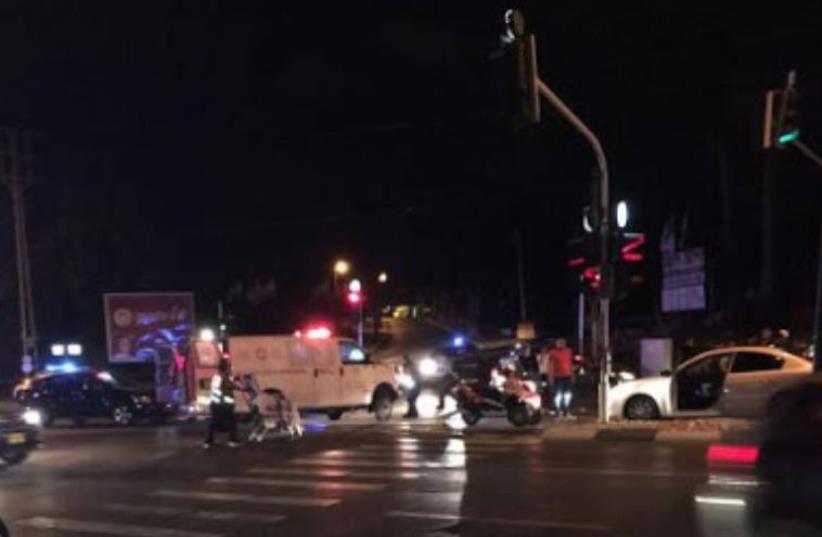 Scene of criminal shooting attack in Tel Aviv
(photo credit: DUDI PEK)
Advertisement
Shai Shirazi, the son of Rico Shirazi, a well known crime leader, was assassinated in a drive by shooting in Tel Aviv on Saturday night. An additional man was left injured in the criminally motivated shooting. Police arrived to the scene following reports of multiple gunshots and discovered the injured men sitting in a car with multiple bullet wounds. Both victims were taken to Ichilov hospital for treatment. Shai Shirazi was taken in for treatment in critical condition with bullet wounds to his central body mass, and later died from his wounds at the hospital. The other victim, thought to be around 50-years-old, was hospitalized in light condition with gunshot wounds to his limbs. The shooting occurred when the victims' car stopped at a traffic light, and that a second vehicle, with an unknown number of people inside, carried out the shooting before driving off. Police have not released whether they have any suspects, however no arrests have been made so far.